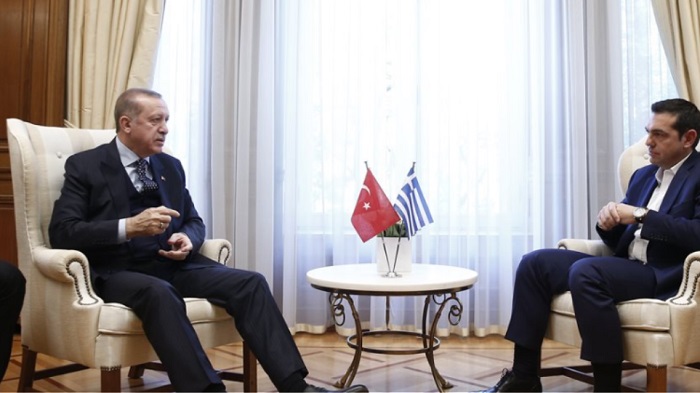 Most Greeks are unhappy about the way the SYRIZA-led government and the opposition are handling relations with Turkey according to a new poll released on Sunday.
The survey by pollsters Public Issue records the Greek public’s opinion on issues of foreign policy and defense.
Asked on how they think the government handles the country’s relations with Turkey, 54 percent of respondents say wrongly or rather wrongly.
56 percent think that the criticism the opposition makes to the government’s handling of bilateral relations is wrong.
The overwhelming majority (81 percent) believe that compared to last year, Greek-Turkish relations have deteriorated, while 74 percent believe that the most important problem is the questioning of Greek national sovereignty.
Although the majority (70 percent) say that Athens and Ankara should solve their differences in the negotiating table, 44 percent fear that a war with Turkey in the next few years is a possibility.
42 percent of respondents believe the country’s position is weaker compared to last year, with and 40 percent saying it’s about the same.
Most Greeks (62 percent) have a negative view of NATO and the vast majority (80 percent) are trusting the army.