Meet The Greek American Who Is Indiegogo’s Muse 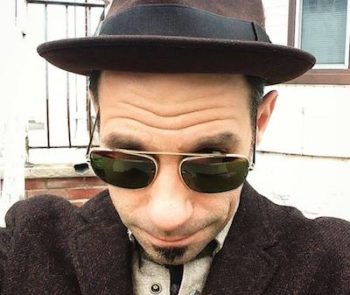 John T Trigonis became a crowd funding guru early on in the first mass iterations of platforms like Kickstarter or in Trigonis’ case Indiegogo. Trigonis career with the company began when Trigonis ran his own campaign for a short film called Cerise back in 2010.

Trigonis was inchoate about what he was doing that first round, but he did know he wanted to do something different from other filmmakers were doing with their crowdfunding campaigns. “I ended up raising $6,300 on a $5,000 goal, made my film, went to over a dozen film festivals with it, including the Cannes Short Film Corner. I was helping other filmmakers pro bono with their campaigns, and my girlfriend at the time, now my fiancé, suggested I write a book. So I wrote a proposal, pitched it, and got a book deal to write Crowdfunding for Filmmakers: The Way to a Successful Film Campaign in 2013.

By 2016, Trigonis wrote a second edition of it, concurrent with his third year at the company now as Head Film & Creative Campaign Strategist,  “a job of which I got because of the free advice about crowdfunding independent films that I was sharing daily on Twitter. 2018 marks my fifth full year with Indiegogo, and though my role has changed; I still work on many independent film, game, and comic book and writing campaigns and help them be more successful than they might have been without my expert eye looking over their campaigns.”

Trigonis still manages to write his own stories, produced a horror/noir comic book, and help his fiancé push her own side hustle forward –– a Jersey City-based print magazine and website called EIGHTY.

Trigonis dream would be doing something with Hasbro’s Mobile Armored Strike Kommand (M.A.S.K.) property from the 1980s. “I actually pitched a book proposal to Hasbro via IDW Publishing, who owns some licensing for M.A.S.K. comic books. It was for a “Komplete Guide” to the toy and TV franchise that I grew up watching, but they declined. I’ve even started re-collecting the toys, as well. My shelves are decked with a combination of heavy literature, graphic novels, and randomly placed cars, trucks, and motorcycles from the first and second series of toys.”

Because of the upheavals in Hellas that led to his parents emigration—and the family’s emphasis on assimilating—he’s not 100 percent certain of where they came from “When I was a kid, I took little interest outside of toys, cartoons, and telling my own stories. I know that my dad lived in Athens at some point and with his dad in a luncheonette in his younger days, then they fled to Romania to escape communism. Ultimately, the joined up with the Merchant Marines that got him out of Europe altogether and how he was able to jump ship in the U.S.”

When Trigonis was in fourth grade, he wrote a paper on the Greek myths. He had always loved ancient Greek mythology. “My teacher, Mrs. Wickle (yeah, that was her legit name, and it fit!) took me aside to correct me. “You wrote here that these stories are ‘non-fiction.’ Do you know what that means?” “Yes,” I replied in all earnestness. “It means they’re real.” “Surely you know these stories are made up, right? They’re fiction.” I shook my head. “No,” I told her. “They’re real.” And to this day, I still believe there’s a shred of truth to every myth there is. The minute we tell a modern story based on a classical myth, they live again, in reality. Our reality. Take that, Mrs. Wickle!

Realizing he’s descended from the same tribe that invented these amazing stories always filled him with pride. “But one aspect of being Greek that’s influenced me for the longest time is the quest for immortality. I’m not the kinda guy who will be okay with having a child to continue my name and legacy. No, I want to be remembered long after my bones have brittled to dust. I want to be more than just a contender. I wanna be a winner, at whatever it is I do with this life. So everyday I strive little by little to do things that will leave a mark in the sand, a footprint in the desert of this life. A bit of cosmic graffiti that announces proudly to the world I was here, and I mattered.”