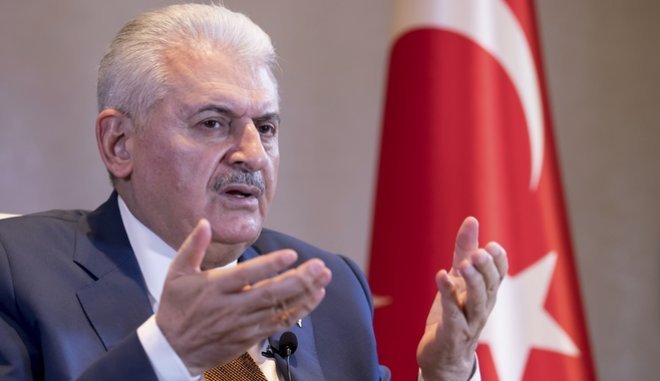 Yildirim called on Greece to regard FETO members as its own “enemy” just like its neighbor Turkey views the organization.

“Recently, FETO culprits have been seeing Greece as a safe haven. This harms our neighborly and friendly relations. I hope that they extradite FETO members from Greece. We reiterate this call,” he said.

The Turkish prime minister’s remarks came after a Thursday Greek court decision to release from jail a Turkish junior military officer who participated in the failed coup attempt in Turkey in July 2016.

According to Ankara, the plot was orchestrated by Turkish preacher and political figure Fetullah Gulen, who is in exile in the United States.

Speaking to reporters in Ankara, the premier said: “Greece is a neighbor and a friendly country to Turkey. We think that our enemy should also be seen as an enemy of Greece. We believe Greece should behave in accordance to that.”

Yildirim was referring to the eight Turkish soldiers who fled to Greece after the coup attempt and sought asylum. Greece’s Council of State, the highest administrative court, ruled that the eight soldiers should not be extradited to Turkey because they would not get a fair trial and there is the possibility that they would be tortured.

The soldiers are in custody in Greece. On Thursday one of them, Suleyman Ozkaynakci, was released from jail but he will remain protected under judicial control until a decision is made on all soldiers, on May 4.