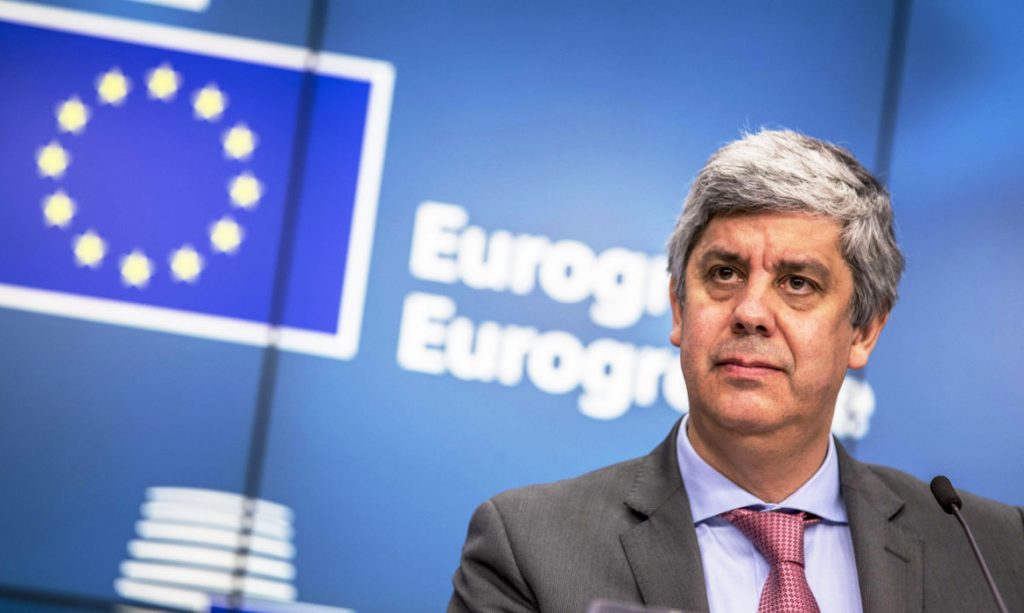 Greek debt relief is still in discussion between the European Union and the IMF, but Greece’s creditors are not considering an extension of the bailout program.
The talks are taking place during the IMF and World Bank Spring Meetings in Washington, where Greece’s sovereign debt and the post-bailout period are being looked at.
While there have been suggestions of a precautionary credit line after the end of Greece’s aid program, Athens is against the idea. A ‘clean exit’ after eight years of bailout programs in August is the slogan of the leftist administration of Prime Minister Alexis Tsipras.
“There are no talks of such things as an extension of the Greek program. The Greek authorities are very much focused on the exit from the program and finalizing this by August,” said Eurogroup President Mario Centeno on Thursday, speaking on the sidelines of the main meeting.
At the same time, European Commissioner for Economic and Financial Affairs Pierre Moscovici said that an arrangement is needed to supervise Greece’s fiscal affairs after the program ends.
“We will need to agree to a post-program arrangement that supports the continued implementation in the coming years of the adopted reforms, as well as the pursuit of sound fiscal policies — but which is not a new program in disguise,” Moscovici said in a speech at the Peterson Institute of International Affairs.
Regarding Greece’s debt restructuring — an issue of great importance for the Greek government — Centeno told CNBC that international creditors and Athens are close to a resolution:
“There are a few issues on the table that relate to the debt relief measures. We are working with all the institutions to reach an agreement and my sense is that indeed we are much closer to close the gaps then we were before,” the eurogroup chairman said.