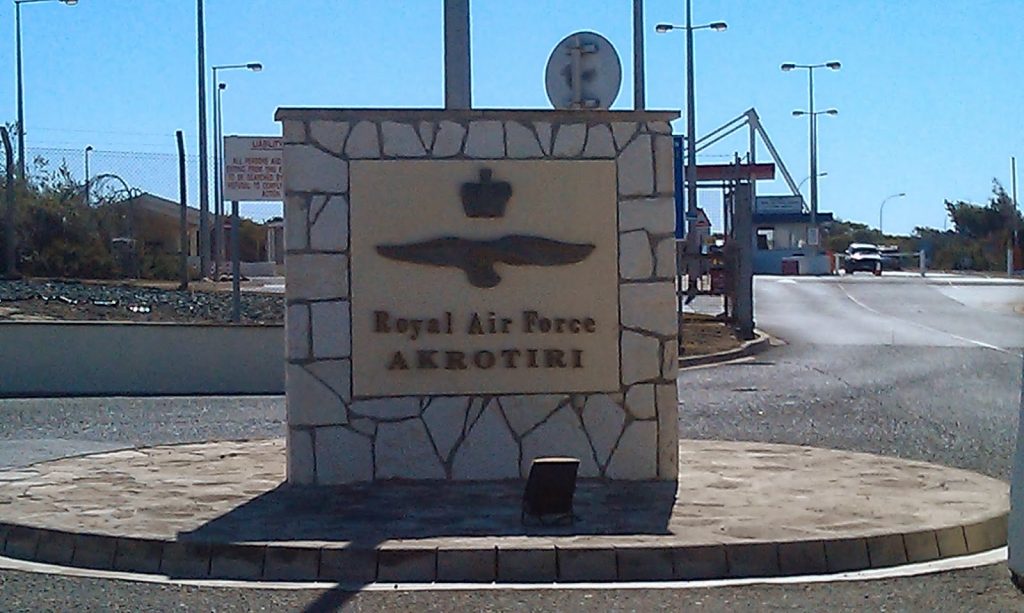 The island of Cyprus was further exposed to fallout from the Syria conflict as the U.K. used its large air force base in Akrotiri to launch bombing raids against the Bashar al-Assad regime in the early hours of Saturday morning.
Britain’s Ministry of Defence confirmed four Royal Air Force Tornado warplanes accompanied U.S. and French jets in striking “Syrian installations involved in the regime’s use of chemical weapons against its own people”.
Syria’s government is backed by Russia, and UN General-Secretary Antonio Guterres on Friday said the Cold War was “back with a vengeance”.
RAF Akrotiri is home to 84 Squadron and is houses a range of military aircraft including 10 Tornado fighters, nine Eurofighter Typhoons, transport craft and radar installations.
The U.K. base in Cyprus has already been used as a forward hub for operations against the ISIS terror group in Syria, but Saturday’s bombing runs against Syrian regime targets represent a significant escalation in the conflict.

Earlier this week international air traffic control agency Eurocontrol warned airlines to exercise caution in the eastern Mediterranean due to the possible launch of airstrikes into Syria.
The Nicosia Flight Information Region named in the Eurocontrol statement on Tuesday covers the island of Cyprus and surrounding waters.
Cyprus government on Friday also called for what it calls “illegal airports” on the island to close — a reference to the Tymbou (Ercan in Turkish) facility in the island’s Turkish-controlled zone.
According to local media, government spokesman Prodromos Prodromou on Friday told reporters at an air-safety event that the skies over the island were safe.
It was reported on Friday that Prime Minister Alexis Tsipras told French President Emmanuel Macron that the Greek Armed Forces would not participate in a possible military operation in Syria.