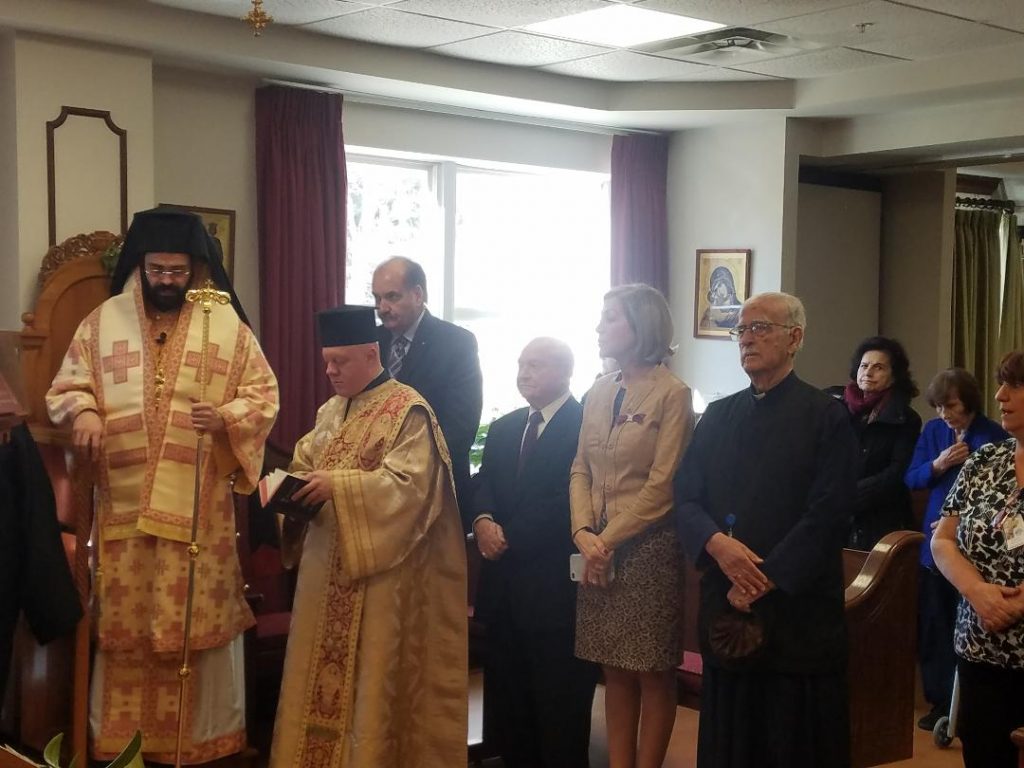 Archbishop Nathanael of Chicago officiated the Holy Thursday Divine Liturgy at the Greek American Rehabilitation and Care Centre in Wheeling, Illinois.
His Eminence received a warm welcome from the residents and the staff and administration– including Chairman of the Board Eleni Bousis, President of the Board Peter Karahalios, and other board members. Following the Divine Liturgy and Lunch Reception, Metropolitan Nathanael toured the facility for the first time.
The Greek American Rehabilitation and Care Centre was established 15 years ago and is a not-for-profit facility, accredited by the Joint Commission. It is the only nursing home in the Midwest that is owned by the Greek American Community. The Centre offers short-term rehabilitation and long-term skilled care for the elderly and chronically ill, including a Memory Loss care floor.
The modern facility provides quality health care in a home-like environment, where residents are treated equally with love, respect, honor and dignity. The facility received a 5-Star Quality Rating by the United State Government Centers for Medicare and Medicaid Services, placing it among the top Nursing Homes in the nation, which is open to all denominations.
His Eminence Nathanael is known for promoting cooperation and inclusivity, and has worked with numerous religious organizations, think tanks, non-governmental organizations, and Permanent Missions to the United Nations.
The Metropolis of Chicago, under the leadership of Metropolitan Nathanael, oversees all Greek Orthodox Parishes within Illinois, Iowa, Wisconsin, and Minnesota, as well as large portions of Missouri and Indiana.