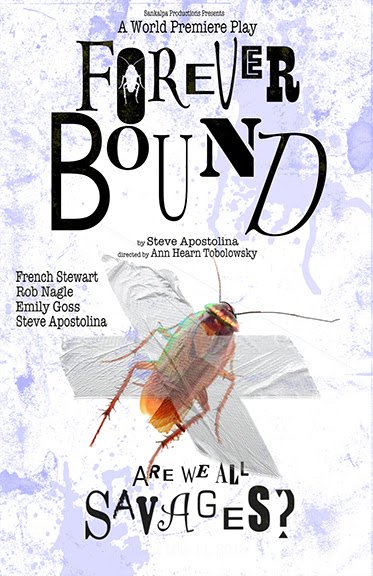 The play will be performed at the Atwater Village Theatre until June 16. Sankalpa Productions is staging the production.

Apostolina also stars in the play, as does French Stewart (“3rd Rock from the Sun”), Rob Nagle, and Emily Goss from the Pasadena Playhouse. Ann Hearn Tobolowsky will direct.

“Forever Bound” follows the story of a rare book dealer on the edge of bankruptcy trying to save his store. Apostolina adds, “suffice to say that in an attempt to save his dying business, the book dealer and his friend concoct a risky scheme that goes shockingly awry. Circumstances will ultimately challenge their moral compasses.”

The playwright and actor also has TV credits in popular shows including “Revenge”, “ER”, and “Southland”.

If you are in the Los Angeles area in May and June, buy tickets for “Forever Bound”.