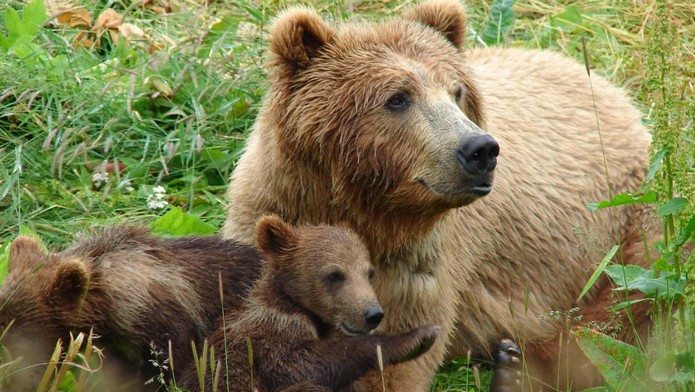 Efforts to protect Greece’s brown bears are starting to pay off, according to a study by the conservation group Arcturos this week.
It claims the country’s bear population has made a slight recovery and is both numerically and genetically more robust.
The group’s study used hair samples collected over a space of three years, which had been caught in electricity poles that the bears use as scratching posts.
These hairs underwent DNA analysis and the results of more than 3,000 samples were published in the latest edition of the periodical Heredity.
A new methodology allowed Arcturos to identify more than 250 bears between 2007 and 2010 and four genetically distinct populations in Rodopi, Vitsi, Varnounda and Pindos.
A later Arcturos study in 2015 estimated that the bear population of Greece numbers at least 450 individuals.
At the same time, in statements to the Athens-Macedonian News Agency (AMNA), Arcturos scientific director Alexandros Karamanlidis made it clear that Greece’s bears were “not out of the woods yet”.
“Even though the brown bear population in Pindos shows genetic and numerical improvement, it nevertheless remains the most genetically downgraded population in the wider Balkan region,” he said.
He noted that the three populations in Pindos had previously been isolated, leading to their genetic deterioration, until this was reversed by a series of changes – including urbanization – that created safe passage and greater living spaces.
(Source: ANMA)