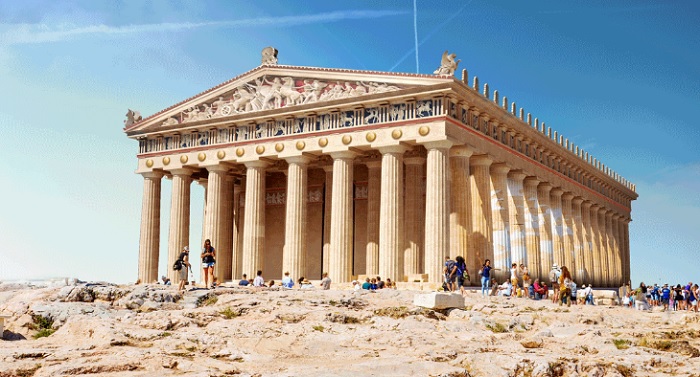 One of the grandest and most famous archaeological sites in the world — the Parthenon in Athens — has rewound time to give us a glimpse of the glorious structures created by ancient civilizations.
Through the animated GIFs, the Travel site Expedia managed to restore missing parts of the building, restoring facades and marble, and so erasing years of decay.
Among the seven structures selected is the Parthenon in the Greek capital. Created as animated online flip books, people can see today’s Parthenon transformed with its gorgeous frescoes that were around during Pericles’ time.
Also featured are Egypt’s Luxor Temple, the Nohoch Mul Pyramid and Pyramid of the Sun in Mexico, the Temple of Jupiter and Area Sacra di Largo Argentina (Temple B) in Italy, and England’s Milecastle 39.