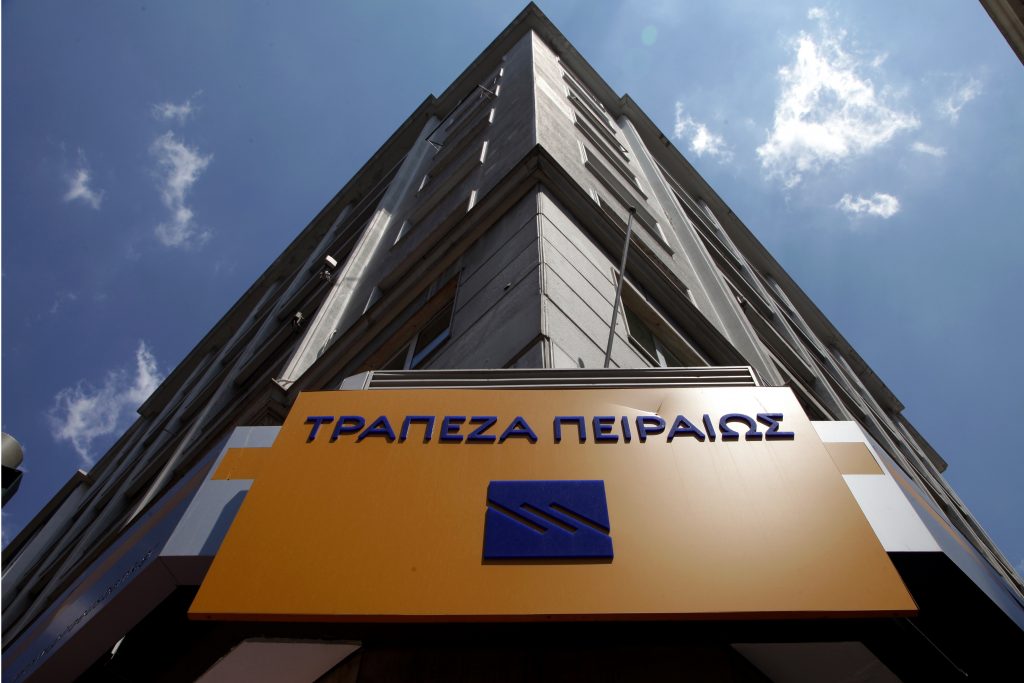 Piraeus Bank, one of Greece’s top four lenders, showed improved figures in all areas for 2017, as the year’s financial data released on Wednesday show.
Specifically, non performing exposures (NPE) were reduced by €3.0bn, non performing loans (NPL) reduced by €3.7bn year-on-year, with NPE coverage at 52 percent and NPL at 83 percent respectively.
Piraeus Bank organic NPEs and NPLs were reduced for nine consecutive months, while advanced preparations were made for NPL sales to accelerate de-risking
The bank’s liquidity improved greatly, as deposits in Greece went up by €2.7bn in the second half at €41bn. Emergency liquidity assistance was reduced by €6bn year-on-year to €5.7bn, on track to fully eliminate ELA by the third quarter of 2018. At the same time the net Loan to Deposit Ratio improved to 98 percent.
In regards to cost efficiency and operating performance, net fees went up by 6 percent, improving the Cost-to-Income ratio by 52 percent. Also there was an 8 percent year-on-year increase in Domestic Pre Provision Income in 2017
The Piraeus Legacy Unit (PLU) reduced in risk-weighted assets size by €1.2bn. Core banking franchise “Piraeus Core Bank” achieved 1.1 percent return on assets.
The bank also established a new management structure. There is an ongoing effort to further improve corporate governance practices, by the strengthening of system of internal controls and compliance.
There is also the goal to transform the corporate culture, based on accountability, meritocracy and transparency.