By Tasos Kokkinidis
March 29, 2018
Facebook
Twitter
WhatsApp
Linkedin
Email
A FIFA representative visiting Greece after a series of violent incidents in football games has recommended the country be suspended from the sport’s governing body.
If the recommendation by Herbert Huebel is officially adopted by FIFA, Greek teams and the national squad will be frozen out of all competitions in what would be a disaster for the game.
In a letter leaked to Greek media, the Austrian official recaps the violent incidents that occurred in recent months, with particular emphasis on the behavior of PAOK’s owner Ivan Savvidis who who photographed entering the pitch during a tense game and approaching the referee while carrying a gun. 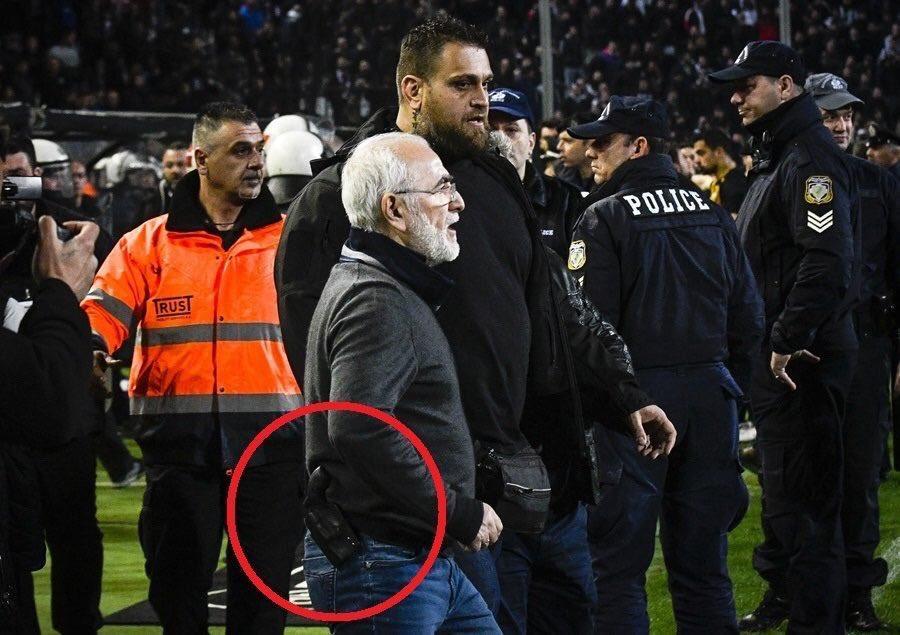 Huebel also cites the long delay in court cases, the widespread belief that the championship will be decided in the courtrooms and the inadequate response of the Greek soccer federation, EPO.
“The current situation does not allow EPO to guarantee the smooth running of the national competitions,” he writes.
The Greek government which initially welcomed FIFA’s involvement, decided to suspend Super League and cup games after the Savvidis incident. On Tuesday, the decision was reversed and the championship is scheduled to restart this coming weekend.
In 2015, the Greek administration took a similar decision to suspend league games after PAOK fans stormed the pitch and clashed with police, leaving several injured, after an unfavorable referee decision.