GRNews
GreekReporter.comGreek NewsDiplomacySkopje FM: We are 'Macedonians', We Speak the 'Macedonian' Language 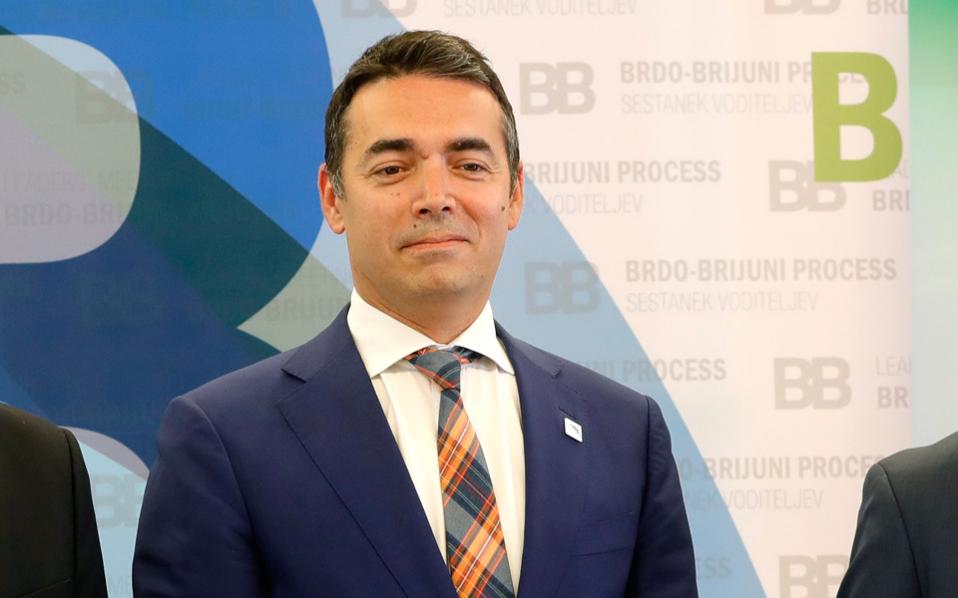 “We are Macedonians. We speak the Macedonian language”, said the Foreign Minister of the Former Yugoslav Republic of Macedonia, Nikola Dimitrov, on Tuesday.
The FYROM official made the statement two days before the meeting with his Greek counterpart Nikos Kotzias and United Nations mediator Matthew Nimetz in Vienna. The three men will have a new round of negotiations on the name of the Balkan country.
In his statements on television, Dimitrov insisted on the “Macedonian” origin of his people. He said that there is progress in his bilateral talks with Kotzias, but insisted that choosing a name without the possibility of translation is “unacceptable.”
The Greek side has proposed the Slavic “Gorna Makedonija” without a translation.
“The essence of the compromise is based on two pillars. The first is the geographical designation that will differentiate “Macedonia” from Greek Macedonia. The second is the acceptance – apparently from the Greek side – that their neighbors are “Macedonians” who speak the “Macedonian” language,” Dimitrov said, adding that the geographical name should be “dignified”.
“Our goal is to achieve a respectable distinction between ‘Macedonia’ and the region in Greece, if possible, while preserving our identity without being humiliated.”