GRNews
GreekReporter.comGreeceWar and a Greek City: Corinth and its Revolution

War and a Greek City: Corinth and its Revolution

By John Smith
March 26, 2018
Facebook
Twitter
WhatsApp
Linkedin
Email
While much of the media covered Sunday’s Greek Independence Day celebrations from the country’s capital, Greek Reporter took to the road to see how a smaller community remembered the start of the 1821 revolution.
In Corinth, a Peloponnese city of about 38,000 people west of Athens, the emphasis was on the youth, with many students and schoolchildren taking pride of place in the annual independence parade.
Amid an atmosphere somewhere between solemn remembrance, national pride, a celebration of Greek identity and a family day out, hundreds of parents lined the main street, craning their necks to spot their traditionally-clad son or daughter in the parade.
Local politicians and clergy reviewed those passing by amid the sound of martial music.
The marchers’ route also took them past a statue of Damaskinos, the archbishop of Athens during the German occupation who signed fake baptismal certificates to hide the identity of the capital’s Jews.

Corinth’s cafes were also full to bursting point as families ate and drank together to mark the special day. More than one café table was complete with a young Greek warrior dressed as an evzone…albeit wearing Nike trainers.
The city’s connection to the revolution is considerable, as it is the birthplace of Ioannis Papadiamantopoulos who played an important role in smuggling arms to the Greek rebels from Italy. He lost his life in 1826, fighting at Messologni.
Corinth itself was at the center of some unusual exchanges during the revolution; at one point it was surrendered to the Ottoman army without resistance by a priest described only as Papas of Hydra.
Before abandoning the city in the summer of 1822, the priest saw to it that the local Ottoman ruler Kiamel Bey was put to death. Some say this is because the priest had kept up a “secret correspondence with the enemy”; others claimed it was because the “Turkish chief persisted in refusing to disclose where his treasures were concealed”.
An account from 1822 — the ‘History of the Greek Revolution: Compiled from Official Documents of the Greek Government : Sketches of the War in Greece’, by Phillip James Green, the British consul in Patras — describes how a major Ottoman force was defeated by the rebels near Corinth.

The failure by the Greeks to hold the city — which would have required only a small force of men in the early stages of the war — had angered independence fighters.
Greek commanders, among them the legendary Theodoros Kolokotronis (called ‘Colocotroni’ by Green) approached from Patras in the west and saw small Ottoman detachments raiding now-abandoned villages on the plain of Corinth.
On July 22, a column of 7,000 Ottoman cavalry and 4,000 infantry rode out to find a scorched-earth landscape, where all edible produce had been destroyed by the Greeks, leaving their forces running out of food.
Between August 4-7, having waited for reinforcements, the Greek forces attacked as the Ottoman commander gave the order for his army to return to Corinth “in great disorder”.
In the narrow mountain passes between Mycene and Corinth the retreating Ottomans’ rear guard was attacked, suffering 5,000 casualties in a few hours.
Twelve-hundred were also killed at the head of the advancing army. Green reports how European volunteers fighting with the Greeks there “expressed astonishment at the tranquil manner in which the Turks, both the infantry and cavalry suffered themselves to be cut down without making the smallest resistance as if they had looked upon themselves as consigned to death by some supernatural power”.
Corinth went on to suffer other hardships, such as the devastating 1858 earthquake which destroyed the city. But, in 2018, Corinth is at peace and joined with the rest of Greece in remembering those first steps towards independence. 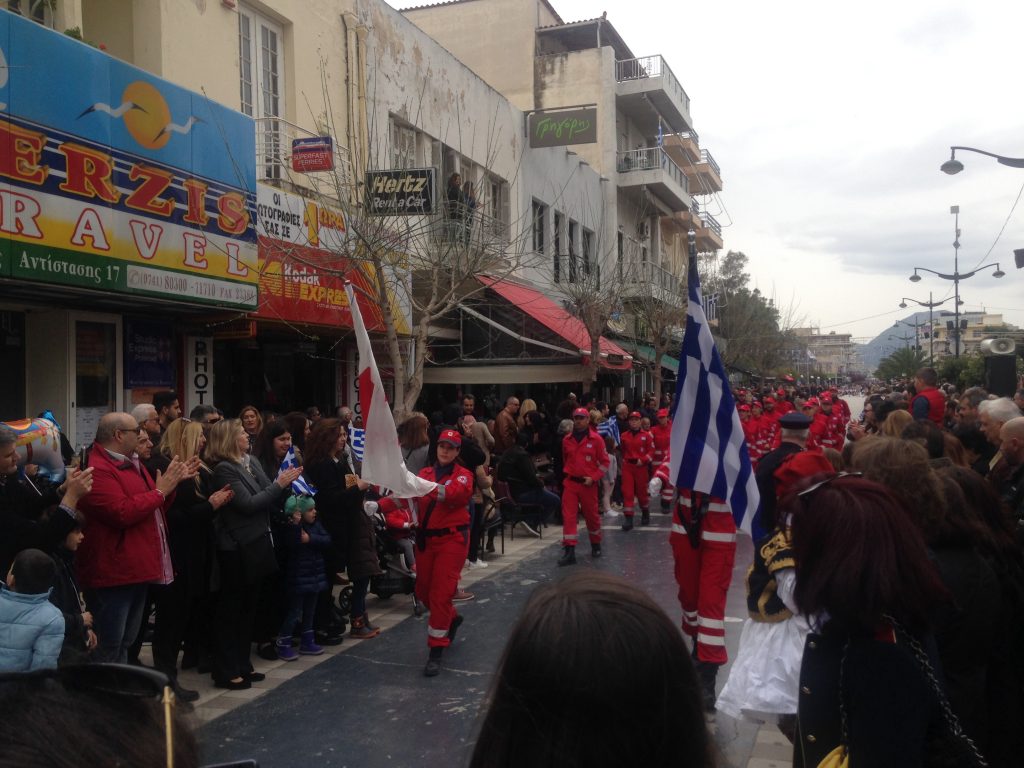