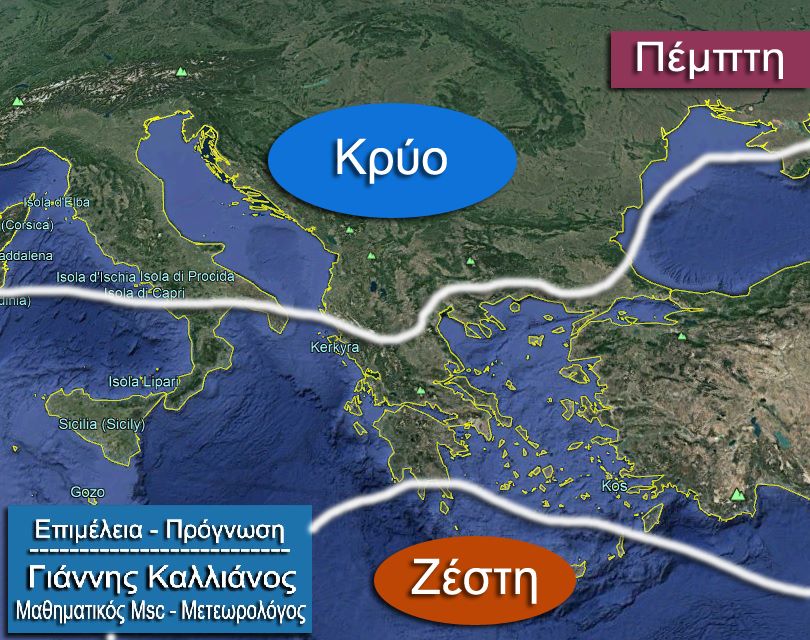 A Greek meteorologist is predicting the country will be divided on Thursday, with a mini heatwave in the south and snow high up in the north.
Giannis Kallianos, a regular on Greek television, used social media to claim that while there will be temperatures of between 31-32C in Crete, in the north of the country, icy temperatures will result in snowfall in areas above 800 meters.
Describing Thursday’s predicted weather as a “special day”, Kallianos said to have “such an intense transport of cold from the north and corresponding heat from the south is something that rarely in one year takes place”. 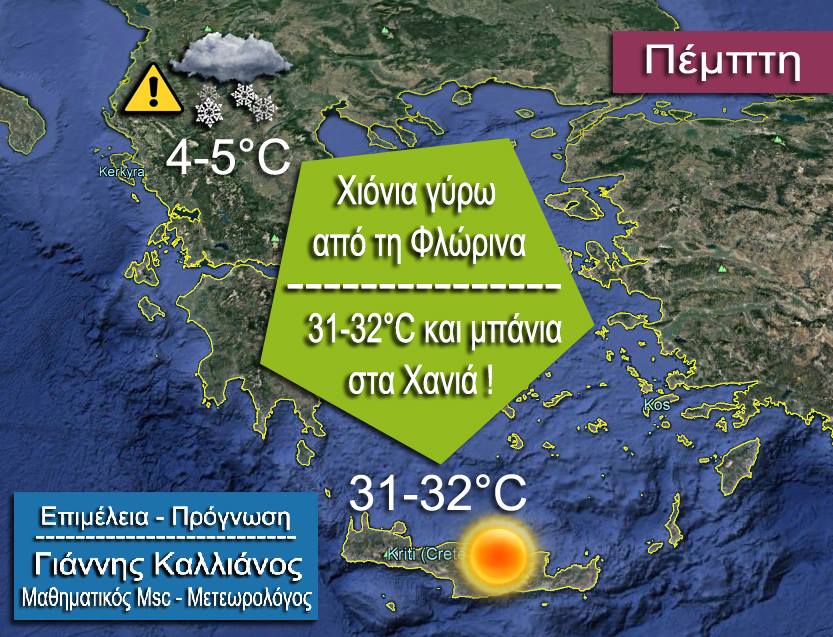 So, while Macedonia and Thrace will see snow on Thursday, people in Crete will be able to go swimming, he predicts. Overall, Greece will see a huge temperature disparity between north and south, from 32C to 4C — a maximum 28C range.
Kallianos also looks ahead to see dust from Africa being transported to Greece because of the weather conditions.
This unsettled weather is expected to continue with showers up to the start of next week, when Greeks will be hoping this unstable conditions will settle ahead of Orthodox Easter.
Athens on Monday night also witnessed a deluge of heavy rain and loud thunderstorms.