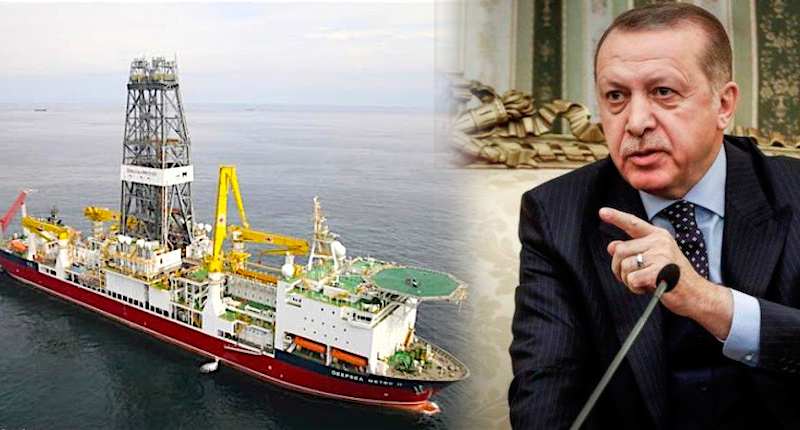 Turkey’s Recep Tayyip Erdogan on Tuesday said his country had sent a research ship to the troubled waters of the eastern Mediterranean, adding that Turkish Cyprus should also have access to Cyprus’ exclusive economic zone.
Erdogan, speaking in Ankara, confirmed that Turkey had dispatched a hydrocarbons research vessel to the area which has seen at least one international energy giant withdraw because of the Turkish military’s activities.
In comments reported by the pro-government Daily Sabah newspaper on Tuesday, Erdogan said recent actions by Turkish navy “had hopefully been instructive for some who saw an opportunity to start unilateral moves in the region when Turkey is engaged in anti-terrorism operations elsewhere”.
He also said there should be a joint committee made up of Turkish and Greek Cypriots to explore for energy in the region. Erdogan said it was Turkey’s role to stand up for the northern Cyprus state, which remains internationally unrecognized except by Ankara.
Currently, the region is a hive of activity, with the navies of several nations taking part in military exercises. Included in these is the U.S. which has insisted its increased presence in the eastern Mediterranean is not to protect energy exploration ships belonging to ExxonMobil.
Turkey has drawn criticism for its activities in the eastern Mediterranean and Tuesday’s news comes less than a week before a planned EU-Turkey summit to take place in Bulgaria.