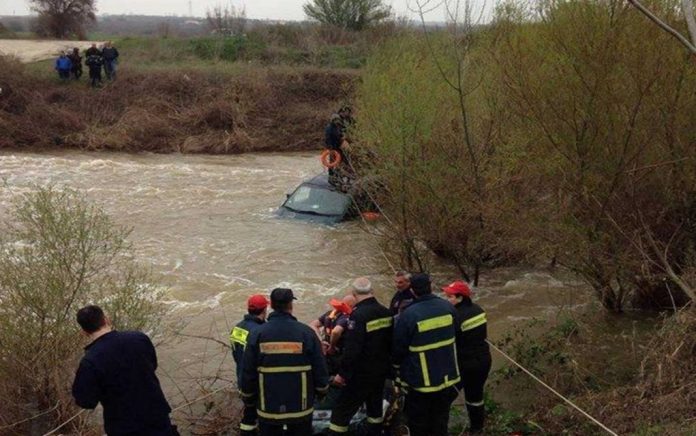 A total of 18 migrants, including five children, were rescued on Monday in the rushing waters of a torrent in ​​Itea Feres in Evros, northern Greece, as the van carrying them fell in a torrent.
The migrant smuggler; who was driving the van, had tried to escape after being chased by a border patrol. His van fell in a torrent and was carried away.
According to Komotini news website “Chronos”, the trafficker sped away in order to get away from a police block. His van was carried away by the torrent and was found in the Evros River bed.
After concerted efforts by the Feres Fire Brigade, Feres Police Department and army personnel, all 18 passengers were rescued and transferred to Feres Hospital.