By Tasos Kokkinidis
March 19, 2018
Facebook
Twitter
WhatsApp
Linkedin
Email
Retracing the steps that brought him to the Auschwitz concentration camp 75 years ago, 92-year-old Holocaust survivor Moshe Aelion on Sunday took his wheelchair and joined others who marched in the northern Greek city of Thessaloniki to send the message ‘Never Again’.
The remembrance march, carrying flowers and white balloons, gathered in the city’s Eletheria (Freedom) Square on Sunday morning and made its way to the Old Railway Station, from where the trains had left for the Nazi death camps of Auschwitz and Birkenau.
Thessaloniki had a population of more than 50,000 Jews before World War II, some 46,000 of whom were eventually deported and killed. 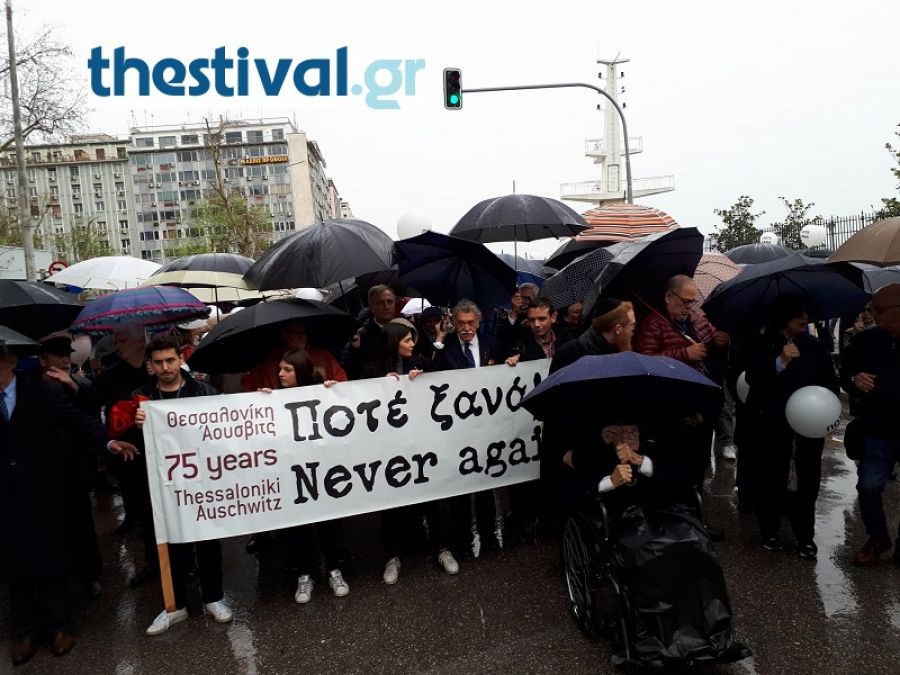 Taking part in the march were members of the city’s Jewish community, local residents and many visitors, while speeches were made by the head of the Jewish community David Saltiel, Thessaloniki Mayor Yiannis Boutaris and Israel’s Ambassador to Greece Irit ben Abba.

The rector of Thessaloniki’s Aristotelian University Periklis Mitkas said the college is considering a third memorial monument to Jewish students killed by the Nazis.
Sunday’s event was concluded by Greek singer Charis Alexiou and Israeli singer Jehuda Poliker, himself the son of a Holocaust survivor.
Afterward, those present laid flowers on the tracks, lit candles and wrote messages on the old train carriages, in Greek, English and Hebrew.
(Source: AMNA)