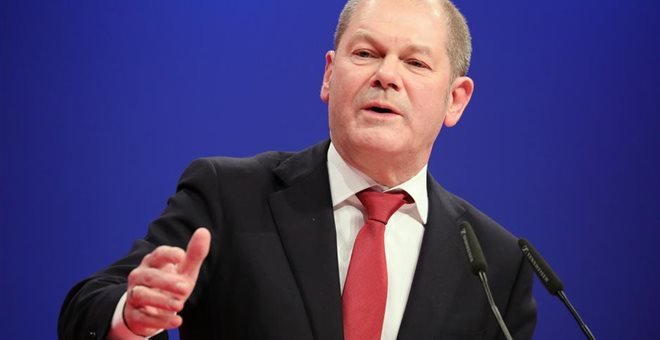 Germany’s finance minister Olaf Scholz expressed optimism that Greece will complete the necessary reforms which will open the road to debt relief.
In his first major interview since assuming office, the center-left finance minister vowed to remain in dialogue with the Greek government to implement the program.
Asked by German daily Süddeutsche Zeitung, whether he will continue the tough policy of his predecessor Wolfgang Schäuble towards Greece, Scholz replied that Athens is already following the reform path.
“It seems that the Greek government and the people are following this path. This makes us optimistic.
“We will continue to remain in dialogue (with the Greek government) to ensure that it maintains the reform policy.
This will determine whether Greece gets significant debt relief,” Scholz said.
According to analysts, the appointment of Scholz at the German finance ministry in February raised Greek hopes of debt relief.
It also brought a sigh of relief to many in Europe who longed for an end to the tight austerity championed by Wolfgang Schauble.