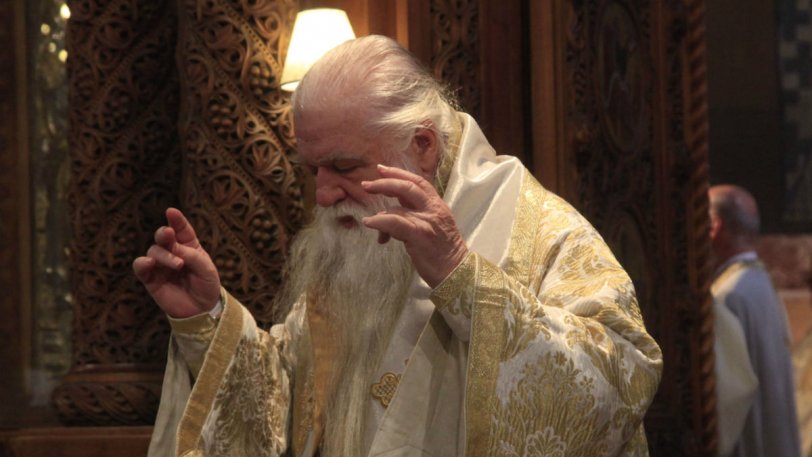 An outcry was caused, after a court of Aigio on Friday acquitted Bishop of Aigialeia and Kalavryta, Amvrosios, on the charges of hate speech and incitement to violence against gays.
According to PatrasTimes news website reporting from the court, the Bishop claimed that “no one spat on anyone and no one attacked anyone because I said it. I should not be accused.”
In 2015 Amvrosios had written on his blog that the faithful “should spit on the gays”, calling homosexuals “abominations of nature.”
In the blog the Bishop had posted a picture from the Gay Pride Parade showing a gay man dressed as a priest. “If I had a gun and the law would allow it, I would use it to get it over with.”
On January 16, 2016, nine citizens filed a lawsuit against the Bishop for public incitement to violence or hatred under Article 1 of Act 4285/2014 on combating racism but also for abuse of ecclesiastical office in accordance with Article 196 of the Penal Code, by which “a religious officer who in the practice of his work or publicly and in his capacity causes or excites citizens to anger against state authority or other citizens is punished by imprisonment for up to three years.”
“God despises all those people,” Amvrosios said about homosexuals in his apology in court.

The Eerie Beauty of the Former Leper Colony of Spinalonga, Crete