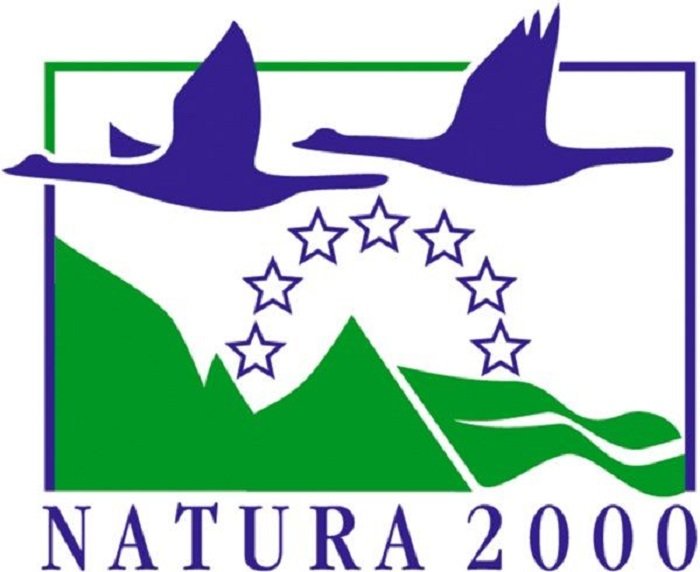 Five Greek projects have been selected by the European Union to compete for the prestigious Natura 2000 award.
The Greek nominees are among 25 finalists and the winners will be decided by a popular vote and announced at a high-level ceremony on May 17 in Brussels.
Natura 2000 recognizes the time, dedication and effort that Europeans have invested in nature conservation right across the continent.
The Natura 2000 Network works to ensure the long-term survival of Europe’s most valuable and threatened species and habitats, and is the centerpiece of the EU’s nature and biodiversity policy.
It is made up of over 27,000 sites so far. In total, they cover almost a fifth of Europe’s land area and an important part of the surrounding seas, making it the largest coordinated network of conservation areas anywhere in the world.
The Five Greek nominees
The Lake Stymphalia path 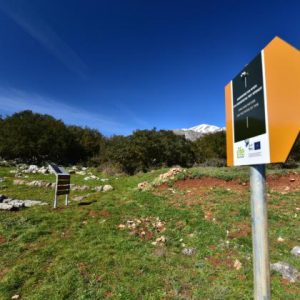 Lake Stymphalia is located in the mountainous region of the Peloponnese in southern Greece. It is one of the most important inland wetlands of its kind in the Mediterranean, harboring rare bird species.
The wetland presents a unique landscape where biodiversity intermingles with the ruins of the ancient city of Stymphalos and with the rich cultural heritage of the area.
An interpretation trail — “Man and Nature on the Paths of the Time” — was developed and built. It is an easy, self-guided, linear hiking route of 1.8 kilometers (duration: two-hour round trip) that links the Environment Museum of Stymphalia with the wetland and the archaeological site.
Co-existing with bears in the 21st century 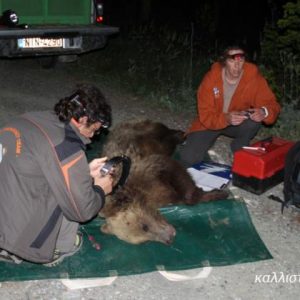 The district of Kastoria is of strategic importance for the brown bear, since it functions as a communication corridor between the bear sub-populations in Greece (the southernmost in Europe) and the Western Balkans.
CALLISTO, an environmental NGO, has implemented actions to reduce bear fatalities to 2-3 a year from an initial number of 8-9 and increase local tolerance towards the animals.
The actions that brought about to these impressive results include the installation of specially reinforced three-meter fences along a motorway, the deployment of a successful strategy to reduce conflicts with rural communities and the establishment of a dedicated Bear Emergency Response Team that can react immediately if a bear causes an accident.
Conservation of the Mediterranean monk seal 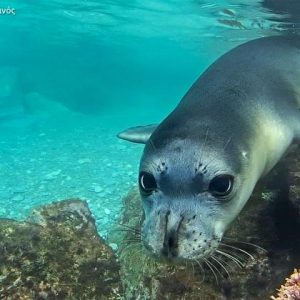 Since its foundation 30 years ago, the Greek Society for the Study and Protection of the Monk Seal (MOm),has been actively involved in the conservation of this critically endangered flagship species in Greece.
It has systematically addressed all the major conservation problems – deliberate killing, accidental entanglement in fishing gear, overfishing, habitat degradation and others threatening the survival of the monk seal in the Aegean and Ionian Seas.
As a direct result of its actions, in 2015, the Mediterranean monk seal was down-listed from “Critically Endangered” to “Endangered” on the IUCN Red Data List.
International flight of the small falcon 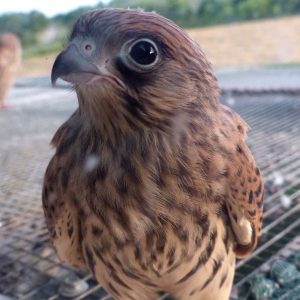 A major effort is underway to bring the lesser kestrel (Falco naumanni), back to Bulgaria where it is currently considered extinct.
A broad partnership of organizations from Spain, Germany, Turkey and Greece, and led by the Green Balkans, plus an NGO from Bulgaria are working together with the help of EU LIFE funds, to encourage the return of the lesser kestrel as a breeding bird in Sakar SPA, Bulgaria and to enhance its conservation status at national and international level.
In Greece, NGOs helped with placing nest boxes in known lesser kestrel areas in order to increase the chances for newly formed pairs to nest and rear their offspring.
This was done in an effort to strengthen the Greek colonies and to give the birds from Bulgaria the possibility to interact with other colonies from neighboring countries.
Saving the sacred bird 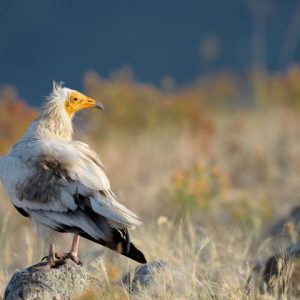 The Egyptian vulture, the only regular long distance migratory vulture in Europe, was once the source of myths and local folklore in the Balkans and revered as a sacred bird in parts of Africa.
The only effective way to save this charismatic species is through multi-national and multi-institutional collaboration.
In 2011, four partners – HOS and WWF from Greece, BSPB from Bulgaria and the RSPB from U.K. joined forces to halt the decline of the Egyptian vulture population in the Balkans.
Partners invested in efforts to stop the illegal trade of Egyptian vultures and eggs in the Balkans.
A total of 178 custom officers were trained in Greece and Bulgaria, while international cooperation at the level of INTERPOL and international customs authorities was promoted.