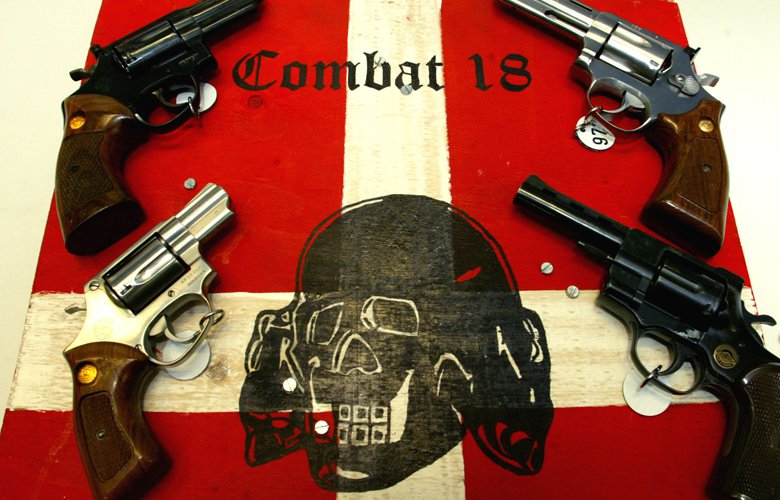 Four out of the seven people accused of being members of extreme-right group Combat 18 Hellas were imprisoned pending trial on Saturday, after their testimonies before the investigative magistrate.
After testifying for several hours, the prosecutor and the investigative magistrate decided to jail the alleged leaders of the group, a 35-year-old and a 45-year-old, whose phone calls were intercepted by police, as well as a 22-year-old man.
They are accused of a number of crimes, including running a criminal organization. The judicial authorities also decided to temporarily release the other three, among which is a lawyer from Piraeus, imposing restrictions on their movement.
Those led to prison deny their involvement in the far-right group but accepted other charges, such as assault. The 35-year-old man apologized for his actions saying he is a “Greek patriot who admires [Greek Revolution hero Theodoros] Kolokotronis”, that he considers Macedonia Greek and Turks as “age-old enemies”, sources said.
He also reportedly told the investigative magistrate that the actions he preferred were “spraying graffiti and burning the Turkish flag”.
The youngest suspect claimed he has no connection to the criminal group and that his only involvement is that he tried to make a petrol bomb.
The arrests were a result of Greek counter-terrorism squad sweeps this week to identify a far-right criminal organization that has allegedly been involved in explosions, arson attacks and vandalism of Jewish cemeteries and monuments.
(Source: AMNA)