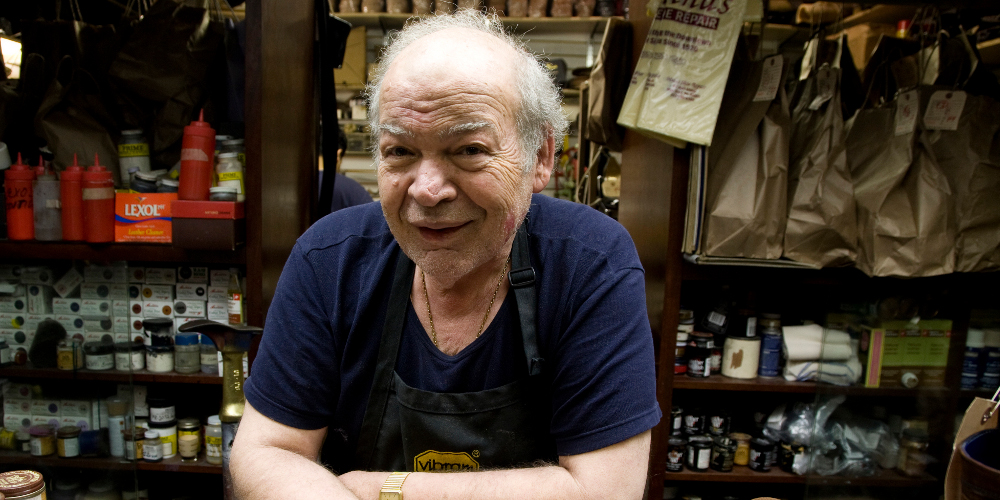 The legendary Greek shoe repairman of the World Trade Center, and later of Wall Street, Minas Polychronakis passed away on Wednesday at the age of 76.

Polychronakis opened Minas Shoe Repair in 1977 and he was one of the first tenants of the World Trade Center. The Greek-American cobbler also had two other, smaller shoe repair shops in Manhattan, but the shop in the Twin Towers was the one that put the bread on the table.

He was lucky to survive the 9/11 destruction, but he was devastated over the loss of his business. After that, he was at a very hard place. Polychronakis received $1,000 a week in government subsidies, but that was not nearly enough for him to break even. His shoe repair business started accumulating debts.

Polychronakis was born in Heraklion, Crete in 1941. He learned the shoemaking craft from his father and in 1969 he migrated to the United States, after he found out that the country was in need of craftsmen.

After arriving to the U.S., he worked in Greek restaurants in order to save money to open his shoe repair shop. Soon, he made his own American dream come true when he opened his shop at the World Trade Center.

Apart from his business, Polychronakis was involved in the Greek-American community and served as chairman of the Cretan association “Minos”.

A funeral service will be held on Saturday at the Saint Catherine and Saint George Greek Orthodox Church in Astoria.