GRNews
GreekReporter.comGreeceTurkey Ups the Ante with Firing Exercise in the Aegean

Turkey Ups the Ante with Firing Exercise in the Aegean 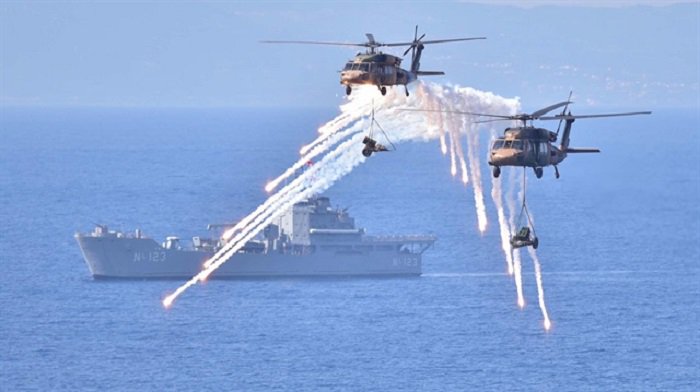 Turkey is escalating its provocative moves against Greece by announcing a huge military exercise with real fire in central Aegean during March and April.
According to new Navigational Telex (NAVTEX) issued by Ankara, Turkey binds the area between the islands of Skyros, Psara and Evia for a military exercise on 7, 8, 25-27, 28, 29 March and 2, 3, 4, 5, 6-10, 24- 26 and 30 April.
The NAVTEX is excluding large areas of the Aegean Sea from marine traffic during those dates.

Athens says that Turkey cannot “bind” regions in the Aegean for such a long time, and that the announcement serves political, rather than military, purposes.
It has also issued a counter-NAVTEX notifying that it plans large military exercises of its own during the same period.