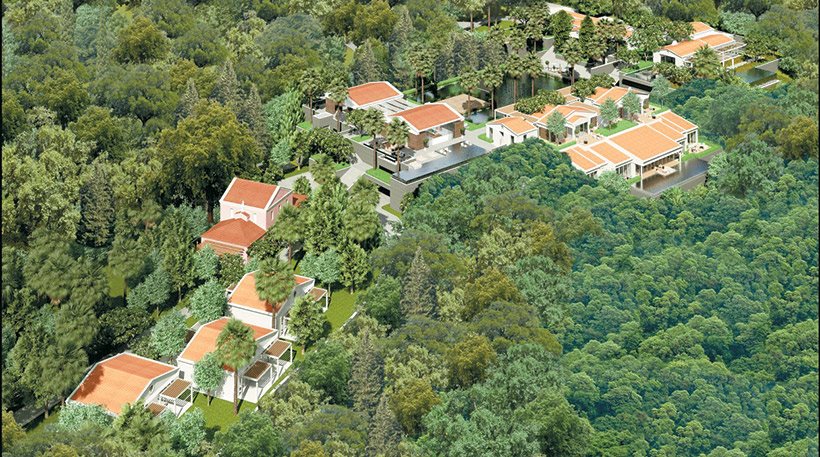 Russian billionaire Dmitry Rybolovlev received the “green light” from the Greek State for a multi-million-euro investment project on Skorpios island in the Ionian Sea.
The project that will raise the prestige of nearby Lefkada and the rest of the Ionian islands is estimated to cost €120 million and works will commence at the end of the summer 2018.
According to the Athens Macedonian News Agency, the project will include the construction of 12 or more luxury villas, each with a total area of ​​500 to 1,200 sqm, with a total capacity of 48 beds and other accompanying facilities such as spas, restaurants and a marina.
Sports facilities such as golf, tennis and basketball courts and football fields will also be built on Skorpios.
The aim of the Rybolovlev family is to create the first luxury accommodation complex in Greece, located on a private island that is one of the few around the world.
The island of Skorpios, which was acquired about five years ago from the heir of shipping magnate Aristotle Onassis, Athena, has been designated as Natura.  This means that no more than 5 percent of the island can be built, therefore its development takes place in very careful steps, and as the host has stated, in full harmony with the environment.
Deputy Regional Governor of the Ionian Islands Spyros Galiatsatos told AMNA that  “the Ionian Islands Region is always in favor of large investments on its islands, provided that these investments operate in equal constitutional terms with local businesses.”
Regarding environmental regulations, Galiatsatos said, “As soon as the investors’ side met the environmental terms and followed all the necessary legal procedures, the Ionian Islands Region gave the green light for this big investment.”
Referring to the potential benefits of the economy in the region, the deputy governor said that “Mr. Rybolovlev’s investment will bring large capital, people from the region will be employed, jobs will be created and in the neighboring area of ​​Lefkada, more quality businesses will open to accommodate the rich visitors of Skorpios.”
Galiatsatos said that the Rybolovlev family has a great relationship with Lefkada as they have made substantial donations to the island.
“The donations that have been made to Lefkada, the municipality, the district, the port authority, the institutions and the charitable foundations of the island are very large and important. A typical example is that in the past few days a large and expensive speedboat was donated to the municipality of Meganisi to transport patients from the small Ionian island to Lefkada.”