GRNews
GreekReporter.comGreeceNo Drilling for Gas in Cyprus without Consent of Turkish-Cypriots, Erdogan says

No Drilling for Gas in Cyprus without Consent of Turkish-Cypriots, Erdogan says 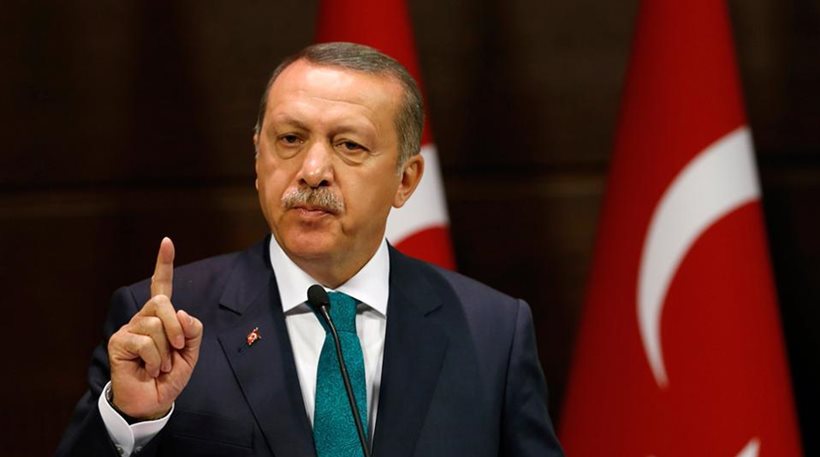 There will be no gas drilling in Cyprus’ waters without the consent of the Turkish- Cypriot side, said Turkey’s President Recep Tayyip Erdogan on Saturday.
“Without the consent of the” Turkish Republic of Northern Cyprus “and Turkey, no steps can be taken in the eastern Mediterranean,” said Erdogan, referring to a conversation with French President Emmanuel Macron, following the episode of the drilling rig of Italian energy company ENI in Cyprus’ exclusive economic zone (EEZ).
According to the Turkish president, Macron asked him to keep a peaceful attitude on the issue of Cyprus‘ EEZ: “He wants to be gentler on our attitude to Cyprus and the EEZ. I also explained to him that we behaved in the context of International Law,” Erdogan said.
“Both the North and South (in Cyprus) have the right find oil and gas,” the Turkish president said. At this point, we do not accept a unilateral move. If (Nicos) Anastasiades wants to behave sincerely, there is one thing he has to do: to clear up negotiations with the North of Cyprus with whom and how he wants to do research work. Drilling must be done together and the product to be extracted must be shared.”
The Turkish president pointed out that the episode with the ENI drilling rig proved that no investigations can be carried out without the consent of his country. “Tomorrow, maybe France with Total wants to do this job. The U.S. might want to do the same with Exxon. But of course it is not possible to allow violation of our rights derived from International Law,” he said.