The Greek community of Toronto is mourning the death of Michail Vitopoulos, a longtime York University professor of Modern Greek studies, who died last week at the age of 70.

Vitopoulos was a pivotal figure for Greeks in Toronto and in Canada generally with hundreds of students taking his courses in Modern Greek Language and Literature.

A dynamic leader in Toronto’s Greek community, Vitopoulos did a tremendous amount of outreach work and also connected his students with the wider Greek community. 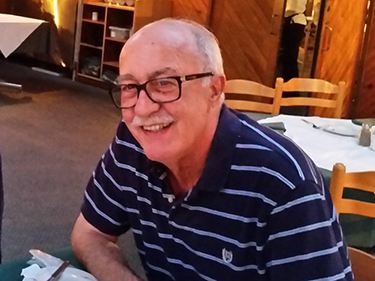 He was often a keynote speaker giving public lectures at consular and community events and was the host of a TV show called The Public Presence where he interviewed academics, scientists, political historians both from Canada and the U.S. as part of Greek television programming.

He was also instrumental in bringing the Greek community to York University through his work with the Hellenic Heritage Foundation (HHF). The HHF established a generous gift to preserve Modern Greek language, history and culture at the college.

“One of his greatest contributions and legacies is the donation of his books, pamphlets and periodicals collection to the Clara Thomas Archives and Special Collections of York University Libraries and the Greek Canadian History Project,” said Professor Sakis Gekas, who is the Hellenic Heritage Foundation Chair in Modern Greek History.

“The Hellenic Heritage Foundation Chair in Modern Greek Studies and History will always be grateful for this invaluable contribution,” he added.

He leaves behind Natasha Baage, his wife of 40 years, and his daughters Antigone Nina (Chris) and Andrea Electra. A funeral was held on Feb. 23.