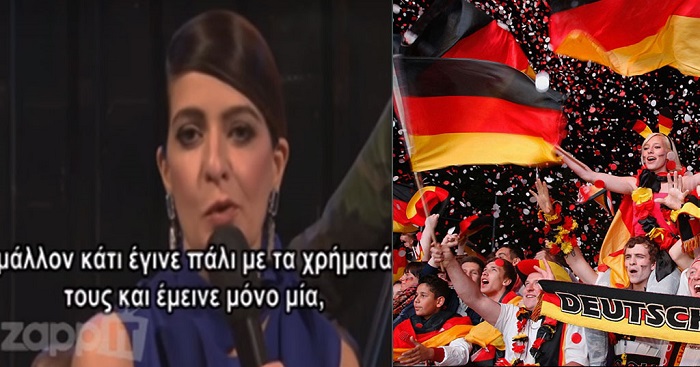 Presenters of the Eurovision Song Contest show on German TV mocked the lack of competition in Greece in selecting its entry for the final to be held in Lisbon.

Earlier, Greek broadcaster ERT has confirmed that Gianna Terzi will represent the country in the 2018 Eurovision with the song ‘Oneiro mou’ following an internal selection.

“The Greek final was to be held today, at the same time as the German. There were supposed to be five entries, but four were canceled,” said a presenter of the German show.

“Maybe something happened with their funding and only one was left,” the presenter said ironically, hinting some sort of irregularity in the process.

Gianna Terzi was born in 1980 and began performing professionally in 2005. After releasing several successful albums she relocated to the United States.

She will perform in the second half of the First Semi-Final of the 2018 Eurovision Song Contest on Tuesday 8th May.