Scientists have explained the mystery of the “Gate to Hell”, the phenomenon whereby birds fall dead when they approach a point in the ancient Greek archaeological site of Hierapolis, or Pammukale in modern-day Turkey.

It was said that it was Hades’ lethal breath which killed those who came near. Those who approached died and were immediately taken to the underworld. 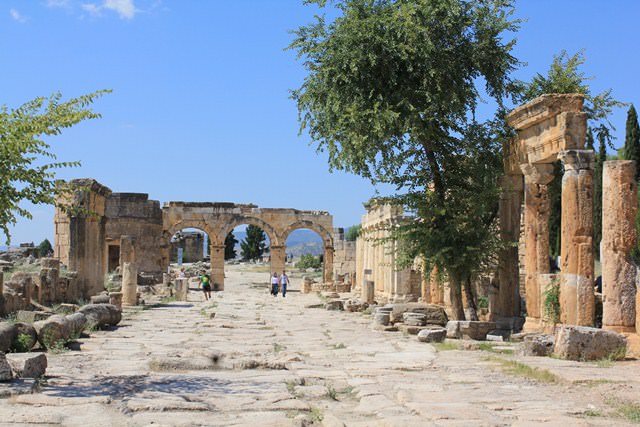 But now scientists say the explanation is much simpler. According, to a Daily Sabah report, a team of German researchers from the University of Duisburg-Essen found what was actually “Hades’ breath”.

They discovered that the grotto sits directly above the Babadag fault line from which carbon dioxide escapes the Earth’s crust and fills the cave, at levels that may have been lethal to humans in ancient times.

​”In a grotto below the temple of Pluto, CO2 was found to be at deadly concentrations of up to 91 percent,” reported a study published in the journal Archaeological and Anthropological Sciences.

“Astonishingly, these vapors are still emitted in concentrations that nowadays kill insects, birds and mammals,” the report added

The Hierapolis site retains other “magical” powers as well. Mineral hot springs cascade down the hill near the ruins of the ancient city. The site has been used as a healing spa since the second century BC under the Greek Seleucid Empire.

Visitors can still admire the ancient city and the museum, while at the same time they can swim in its therapeutic hot springs.