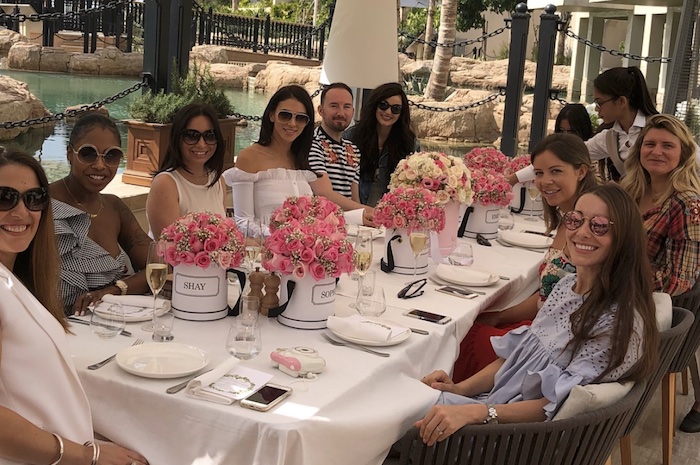 Greek-born and Irish-raised model Georgia Penna has revealed she is now expecting her third child.

Penna made the news a bit of a surprise to her fans, as she skipped an official announcement in favor of posting photos from a surprise baby shower her friends threw for her. One of the photos is pictured above. She captioned it, “Thank you so much @nicnaci for the most beautiful surprise #babyshower 💕 Feeling so lucky to have such amazing and thoughtful friends x”.

The pink-themed baby shower had menus with the title “Baby Girl Penna”, in honor of the daughter Penna is expecting.

Fans were completely surprised by the baby shower reveal, as Penna frequently posts snapshots of herself on Instagram, and no baby bump was visible in the last month of posts.

The former Celebrity Big Brother contestant has already had twins via surrogate with her husband, hedge fund manager Joe Penna, in 2015.

The model is currently based in Marbella, Spain, though she also spends part of her year in Ireland and Dubai.