By John Smith
February 19, 2018
Facebook
Twitter
WhatsApp
Linkedin
Email
A Greek scientist had a lucky escape when a travel delay caused him to miss an ill-fated Iranian plane which went down on Sunday, killing 66 passengers and crew.
Professor Akis Tselentis, who is director general of the Greek Geodynamic Institute, had travelled from Athens to Tehran to connect with the regional flight to the southwestern city of Yasuj.
Iranian media said the Aseman Airlines ATR 72-500 twin-engine turboprop went down in Zagros mountains about an hour after taking off from Tehran.
All those on board are thought to have been killed.
Speaking to Greek broadcaster ART1, Tselentis said “it is a pity that so many human lives have been lost”. 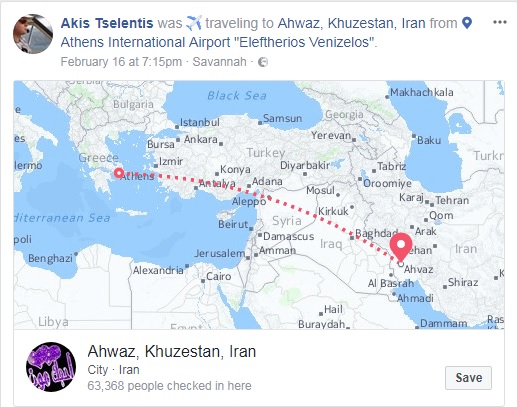