Greek Radiologist Creates Holograms for Surgeons to See Under Skin 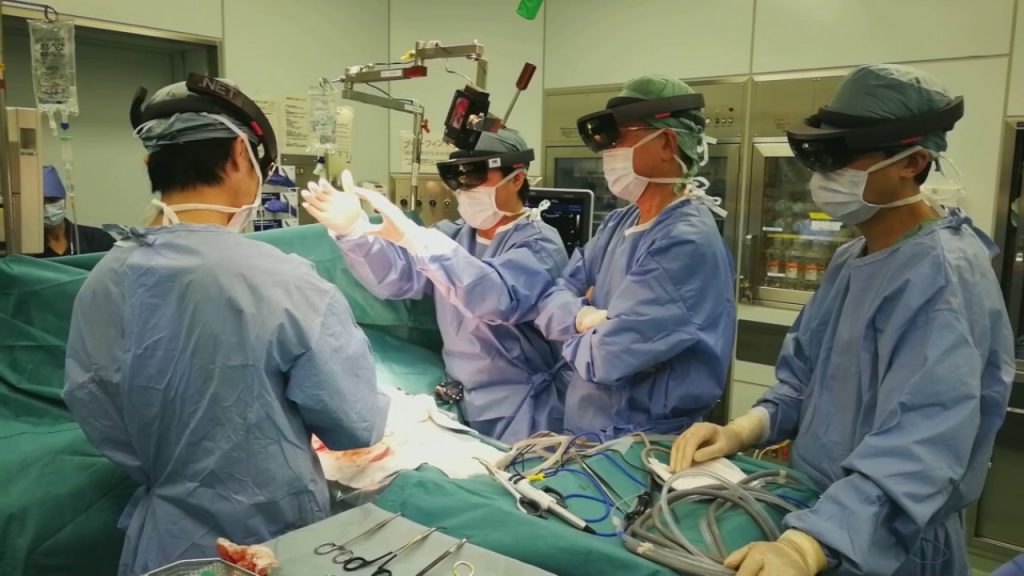 Using Microsoft’s HoloLens augmented reality device, as well as special software, researchers in the UK headed by Dr. Amiras, made the first reconstructive surgery using holograms. The holograms  allow the surgeon to “see” the positions of the blood vessels under the skin of the patient, according to an Athens Macedonian News Agency (AMNA) report.

HoloLens immerses the user in an Augmented Reality (AR), an extension of Virtual Reality (VR). With AR, the user can interact with holograms created from the computer of the device  which are mixed with physical reality.

In a series of interventions at  St. Mary’s Hospital at Imperial College in London, researchers led by Dr. Amiras and surgeon Dr. Philip Pratt, showed for the first time that it is possible for physicians to use the “mixed” reality of HoloLens to repair injuries in the lower limbs of five patients who had fractures and other severe injuries.

Physicians have restored the wounds with a portion of tissues they took from other parts of the body. The crucial point in these interventions is the correct connection of the blood vessels of the repair tissue to the vessels already present at the wound point, which is now done with the help of portable ultrasound scanners.

In the first phase, “mapping” was done by means of a tomography on the patients’ legs and then Dr. Amiras created 3-D digital models for each leg with the help of software. Then, with another specially designed software, these models were converted into images for the HoloLens device, which was worn by the surgeon. The latter could now, in the operating room, see a hologram with the inside of the leg (blood vessels, bones, etc.) “fit” over the patient’s leg.

“Thus, the surgeon is more confident about what to do when he has to reconnect blood vessels, for instance. The position of the hologram can be adjusted at will with the appropriate movements by the surgeon or the assistant,” Dr. Amiras said.

“Now, using the HoloLens, we can identify where the blood vessels are in 3D space and use virtual 3D arrows to guide the surgeon,” he continued.

“Currently, data preparation is a time consuming process, but in the future much of this could be automated, with the consultant radiologist checking the accuracy of the model against the original scan,” Dr. Amiras said.

“We have shown that this technology is practical and it can help the surgical team. With HoloLens you look at your foot and you really see in it. You can see the bones and blood vessels now, so you can find exactly where your aiming points,” Dr. Pratt said.

So far the five case studies have been based on the leg, which has a number of clearly visible surgical ‘landmarks’, such as the ankle or knee.

Areas without these rigid landmarks, such as abdomen, may be more complicated with a greater potential for movement of blood vessels, the AMNA report says.

However, the researchers are confident that, once refined, the approach could be applied to other areas of reconstructive surgery requiring tissue flaps, such as breast reconstruction following mastectomy.