GRNews
GreekReporter.comGreek NewsDiplomacyGreece: We Will Not React Peacefully to Next Turkish Provocation

Greece: We Will Not React Peacefully to Next Turkish Provocation 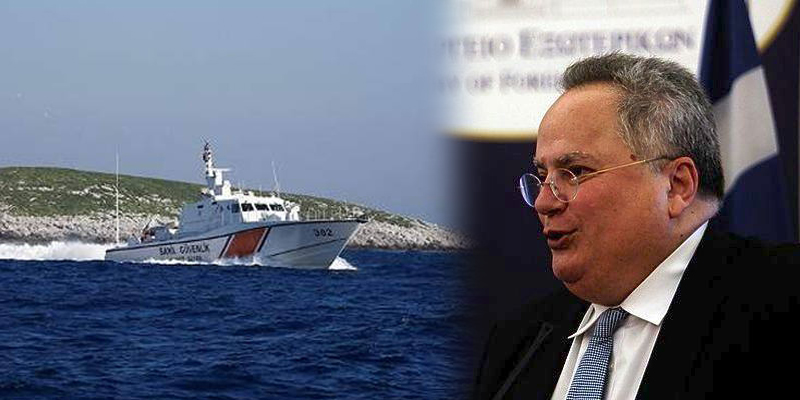 Greek Foreign Minister Nikos Kotzias warned Turkey that Greece will not react so peacefully the next time an incident happens at the Imia islets.
Turkey in Imia “reached a red line and in a sense crossed it,” he said and warned that Greece will not react so peacefully the next time an incident happens. “Imia [islets] are Greek,” he stressed.
Asked in an interview to Alpha TV on Thursday evening what will happen if another Turkish vessel rams a Greek craft in another part of the Aegean, the minister said: “It [Turkey] will not do it again,” adding later that it should not happen.
“Turks must hear this because they keep talking about warnings…We are an organized state, with good defense, good allies and high diplomatic capacity,” he said, noting however that diplomacy always comes first.
Kotzias also said that Greece is considering seeking compensation from Turkey for the minor damages caused to the Coast Guard vessel after it was rammed by a Turkish ship.
“We are considering whether the Turks will have to pay [for the damage],” he was quoted as telling Greek broadcaster.