Valentine’s Day: The Greek Roots of the Saint of Love

Was St. Valentine Greek? Although much of the historical information on Valentine’s life is somewhat obscure, a community of Catholics on Lesvos has told Greek Reporter there are strong clues that he was either Greek or of Greek origin.
This week will see millions of people in Greece and across the world buy red roses, make hurried restaurant reservations and send candy sales through the roof as they celebrate St. Valentine’s Day — the annual feast of love and romance.

Thousands of visitors will even fly to Greece to celebrate their romance, little knowing that a little part of Saint Valentine himself resides in the capital of the island of Lesvos, Mytilene.
In an exclusive interview with the Greek Reporter, Leon Kiskinis, the priest of the Catholic Church of Our Lady in Mytilene says that some of the martyr’s relics are stored at the church.

Kiskinis says the relics were brought from Terni, Italy in the late 19th century by a Greek Italian priest named Theodore Barzini.
Before his death he donated the relics to the church.
“The presence of the relics is a great opportunity for the people of Mytilene to attend the services on February 14 … Locals have embraced the saint and regard him as a patron irrespective of religious denominations,” Father Kiskinis says.


In an era when divorce rates are on the rise it is important to have a saint dedicated to Christian love, Kiskinis adds.
According to Father Kiskinis, there are also strong indications that Saint Valentine was either Greek or had Greek roots.
Better known as a saint in the Catholic Church, the earliest image of the saint reads ο άγιος βαλεντίνος and was found in a sixth-century Roman church which served the city’s Greek community.
This oldest representation of Valentine the church of Santa Maria Antiqua in Rome retains a fresco with the scripture ‘Saint Valentine Martyr’ in Greek.
Knowing that Saint Valentine may have been Greek is a great honor for Greece and the Greek nation, Kiskinis says.
And although it is a long way from Valentine’s martyrdom in 270 AD at the hands of Roman Emperor Claudius II to 20th century Greece, it is here that some of the holy man’s remains can be found.
So, even though Valentine does not figure heavily in the Orthodox calendar, his roots extend to Greece and none of his history will stop romantic couples celebrating their love in his name this week. 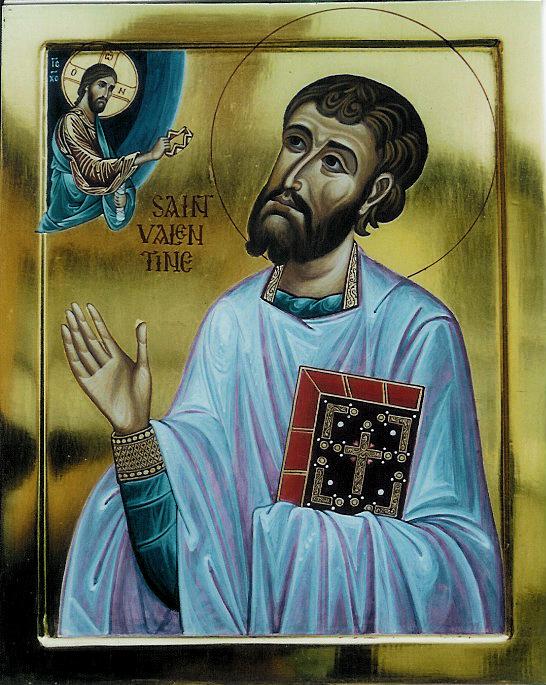 Transmission of Covid-19 has skyrocketed in Greece once again, as the country recorded a stunning 2,147 cases on Tuesday.
Cyprus

The entry of Cyprus for the 2021 Eurovision song contest has sparked wide controversy among ultra-conservative Christian groups on the Mediterranean island.
Cyprus