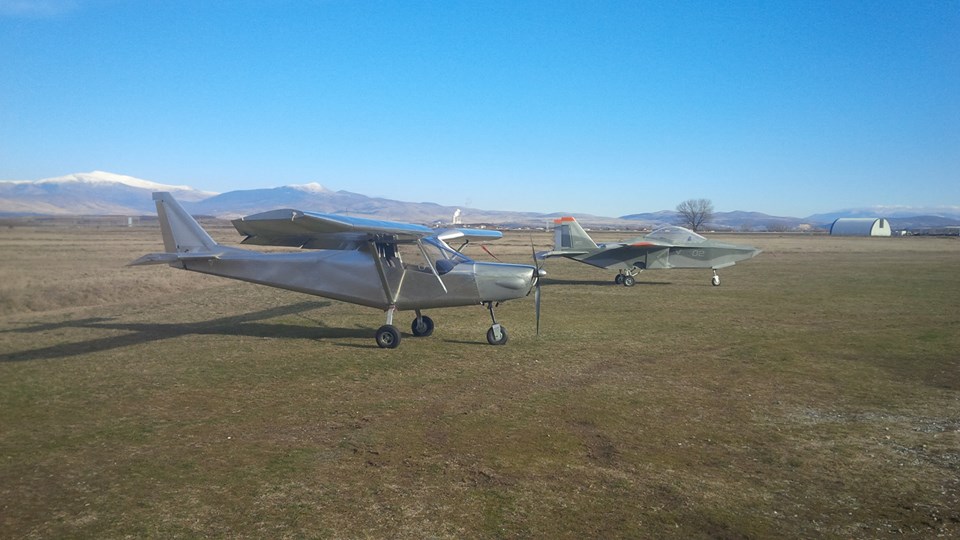 A two-seat airplane made in Florina, northern Greece — a labor of love for a retired Greek policeman turned designer — is ready for the market
This is the third aircraft designed and made by Giorgos Iliopoulos, according to the Athens Macedonian News Agency’s Radio 104.9.
The first two were ultra-light, one-seaters and the second in order, Archon (Lord) was successful and was registered in Italy to be manufactured there.
The new model, the Atairon VIP which seats two, was constructed in Florina and is ready to go to the production stage.
Iliopoulos, however, is not an aircraft engineer, nor a mechanic. He is a former police officer, who managed with passion, perseverance and imagination to give this project life.
“I tried to design an aircraft without the disadvantages of other models of this category that have been established in the market.
“I studied all the disadvantages I experienced as an operator and trainer, and I wanted to give it better standards, be more spacious, more efficient, more economical and beautiful,” Iliopoulos told 104.9.
Atairon VIP took 16 months to build. In December it started its test flights. “In the Spring, they can start regular flights and logically go out on the market… It’s name Atairon means the one who is without match.”
Iliopoulos — pilot, instructor pilot and president of the Aero Club of Florina — began to collect, data and information on aircraft construction in 1981.
“With Archon, I followed all legal construction requirements and regulations. I discovered something completely random, a way to fly better with this shape, a funnel that gave it momentum. It came first in its class and from there it took its name, “Archon”, leader, leader in its category,” Iliopoulos said.
“Our country does not have an industrial, craft and export perspective. I had to register in Italy, not in my country,” he added.