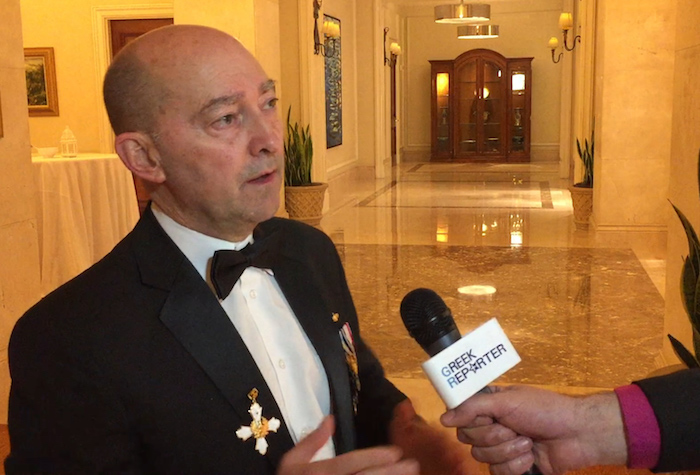 Former NATO Commander James Stavridis has told Greek Reporter in an exclusive interview that the Aegean islets of Imia, whose sovereignty is disputed by Turkey, “are Greek and they will remain Greek forever.”
Speaking on the sidelines of the Leadership 100 conference in Miami on Feb. 3, the Greek-American admiral acknowledged that tension in the Aegean is “very real.”
Tuesday’s incident at Imia, when a Turkish coast guard vessel rammed a Greek vessel near the islets, confirms Stavridis’ concerns.
Ηe urged the West to work with both allies to reduce the potential for conflict “as long as we continue to maintain the fact that the islands in the Aegean are Greek islands.”
Stavridis also dismissed concerns aired in Athens that Greece does not get the support it needs from NATO on the Aegean.
“From my experience as a Supreme Allied Commander I often talked with the Turkish chief of defense and said to him: ‘What you are doing in the Aegean is not helpful to the Alliance’ and that would generally reduce tensions.”
“If the NATO Alliance didn’t exist and Turkey was outside of it, this would be a much more dangerous situation for Greece,” he stressed.
Stavridis, currently dean of the Fletcher School of Law and Diplomacy at Tufts, expressed his fear that Turkey is becoming more authoritarian under Erdogan.
Watch the full interview with Admiral Stavridis here: