GRNews
GreekReporter.comGreeceParliamentary Committee on Novartis Case to be Decided after Clean Monday, House... 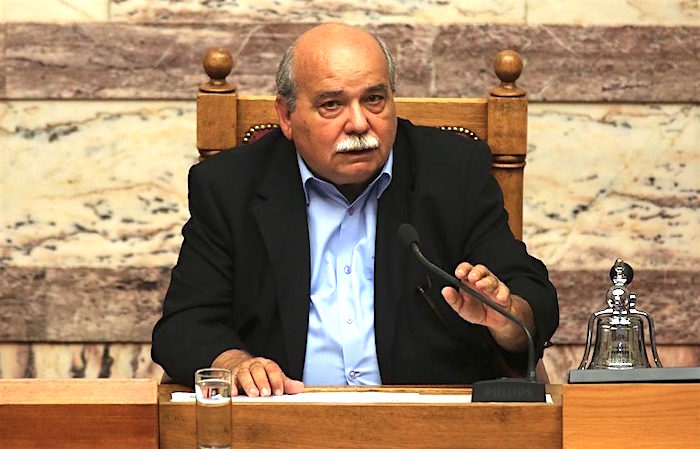 The preliminary parliamentary committee to investigate the Novartis case will be decided after Clean Monday, Feb. 19, said House Speaker Nikos Voutsis on Sunday.
Speaking at ATHENS 98.4 radio, the parliament president said that even though there is a statute of limitations for politicians on the bribery offense, it doesn not apply to cases of money laundering.
Still, Voutsis said, in regard to bribery there are various legal views to be discussed and according to some the bribery offense can not be written off.
Regarding the protected witnesses who have testified and the case is based solely on their testimonies, he said they would be required to testify to the House committee, respecting all the conditions for their protection.
Voutsis said that the preliminary house committee will be decided after Clean Monday.
On Monday, at 16:00, the presidents of the House will confer. Before that there is the  meeting of the SYRIZA Central Committee to decide on the preliminary parliamentary committee to investigate the Novartis case.