‘Nick the Greek’ Comes to LA: Interview with Angeliki Giannakopoulos

Playwright Angeliki Giannakopoulos’s one-woman show, “Nick the Greek”, premiered here in LA on February 10. After the sold-out opening night at the Waco Theater Center in North Hollywood, additional performances have been scheduled in the next few months.

Directed by Amy Chaffee, an extraordinary acting teacher who has worked with Colin Firth, Ellen Burstyn, Kathy Bates, and Charlie Hunnam, just to name a few, the play explores many complex themes. It follows Angeliki’s family life, and through her eyes tells a story of immigration, hardship, new starts, and family.

We interviewed Angeliki Giannakopoulos about her play, her history of immigration, the challenge of putting on a one-woman show, and her connection to Greece.

Tell us a little about the story the play is based on.

I wrote the play based on letters sent between my mom and my dad in the mid to late 60s. My dad left Greece to go to the USA, and ended up staying for five years because he was trying to get his green card and couldn’t come back. They wouldn’t give my mom a visa to come see him, so they didn’t see each other for five whole yaers.

This amazing correspondence with their lives being so different – him trying to do every job he can to send us money, my mom trying to raise three children on her own – just struck me as an incredible story.

Who do you portray in “Nick the Greek”?

I do seven characters – my dad when he’s little and when he grows up, my mom, my grandmother (who disapproved of them getting married), and others – which are really fun, and of course, I know them so well because I grew up and lived with them.

Is it hard to not only play so many characters, but characters that are real life family members close to you?

It is so intense that there are moments when I literally have to fight tears. It’s so emotional. I love both of my parents, and I know my sister and my entire family will be in the audience to see the play. It’s really hard. I haven’t acted in 20 years; I had little parts here and there on TV but nothing on stage. So preparing for a 90 minute play where you talk the whole time and have all these characters and costume changes, learning 30 pages of dialogue – it’s one of the most exciting and toughest journeys I have gone through as an artist.

I even had to prepare physically to make sure I can do it. At the end of the play I am literally drenched, because I am so physically exhausted. The emotional aspect is what makes it beautiful and also challenging for me, to keep it together. 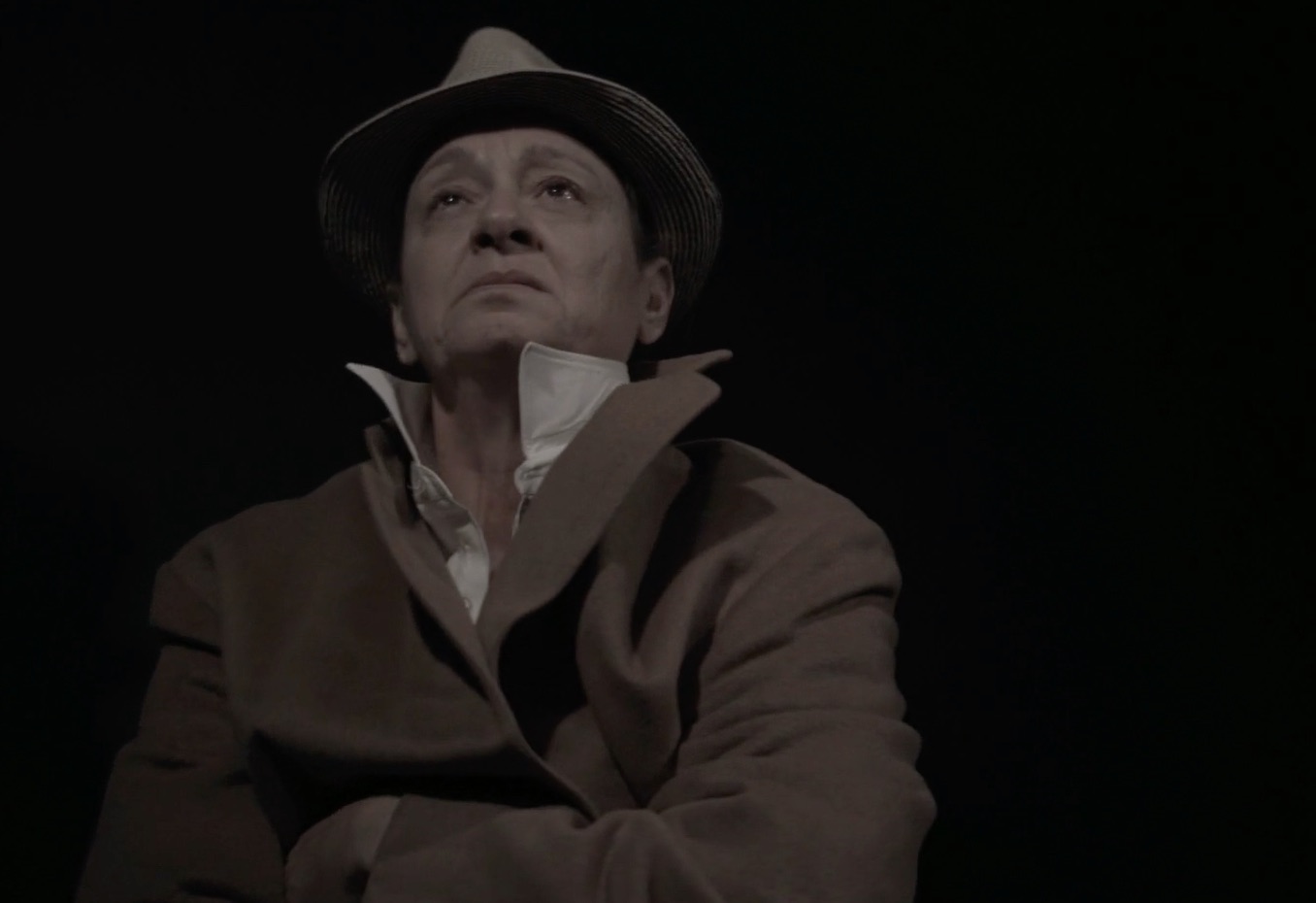 Do you think this play can affect peoples’ view on immigration?

My father wanted to come to America because he heard from a young age that anything can happen. He loved the US, and that comes across. So people who are against immigration at the moment in the political arena – maybe listening to the play will give them a different perspective.

I’m not there to change their minds, but the play shows what family goes through in detail. It’s not all about glamour and “let’s go to America to become rich”. It’s a lot of pain the family goes through in giving up their country, their traditions, the belief systems. My father had a business in Athens in the 60s – he was one of the best known tailors in downtown Athens. He left all of that to come and wash dishes in the US, so it’s obvious people give up a lot to come and live this dream in the US.

There is such a big correlation between the stories of immigrants then and the dreamers now. Every human being has dreams. If we’re living in a society where dreams can happen and come true, and we raise our children believing that, then what more can we ask?

What prepared you for taking on this challenge?

Well, I’ve always exercised my artistic side and been part of a theater group. I’ve helped and coached other actors, as well as directed plays, and worked on TV for NBC for a while. I think all that has translated to that artistic muscle always being worked.

So when I was about to do this, one of the most important projects I’ve done that kind of defines who I am, I felt ready.

What started this idea of making your family’s story into a play?

I’m part of Richard Lawson’s new theater, which I helped them establish. We did a picture exercise where we had to bring a picture and become a picture. I brought in a photo of my father carving a turkey, so I was dressed like him, and suddenly I started walking like him and talking like him, even though it was years after his death. At that moment, I realized how much of him was in me. So I started working on the play, and for the last few years I’ve been writing, re-writing, and workshoping it.

Before that, I took a documentary crew to Greece in the mid-90s, and I went back to shoot a documentary about why my father left. And I actually had him on camera talking about what he had been through. For the first time I heard his side of the story as an adult, because as a child I held a lot against him, and I finally forgave him for leaving us. Back then, when I saw him for the first time after five years, I barely remembered what he looked like.

This play is so important, especially at this time right now, and it seems like everything jived now to make it come together – right time, right moment.

After you premiere in LA, will you be moving on to other venues?

We’re going to keep it in LA as long as we can; right now I think we have performances until May, but it’s only once a month. I’m also talking to some Greek organizations around the country, because I would love some of them to sponsor it and bring it to their communities.

How do you think the play connects with people outside the Greek experience?

Honestly, this can be a play about any family who has ever immigrated; a Syrian family, a Hispanic family, they will understand the feelings and troubles associated with immigration. Except of course, that my father was not fleeing war, but instead looking for better economic opportunities.

I go back every summer, to our house in Saronida in Athens. My brother has actually moved back and has a vitamin company in Greece, so he kind of did the opposite of what my father did. I’ve also worked with a lot of artists and filmmakers in Athens, as I was a co-founder of the LA Greek Film Festival. I love going back – it definitely gets me re-energized and ready to keep going.

If you want to see Angeliki Giannakopoulou’s play in Los Angeles, keep up to date on tickets and showtimes at “Nick the Greek”‘s Facebook page.