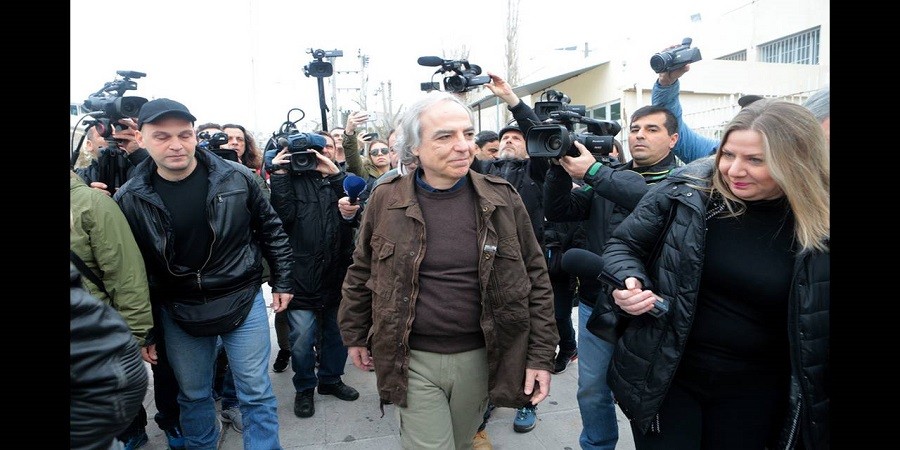 The U.S. State Department and the British Embassy in Athens condemned the second furlough of terrorist Dimitris Koufodinas from prison on Friday.
The November 17 terrorist group assassin who serves eleven life sentences was granted a two-day leave from the Korydallos Prison that started Friday at 9 am. This is the second time Koufodinas left prison after his November leave.
U.S. State Department Spokesperson Heather Nauert said in a tweet: “We condemn the release of Dimitris Koufodinas, a convicted terrorist responsible for killing 11 civilians. We fundamentally believe that convicted terrorists do not deserve a vacation from prison. The US Embassy in Athens has conveyed our concerns to Greece’s government.”
In a message on Twitter in Greek, UK Ambassador to Greece Kate Smith said, “It is extremely disheartening to see an unrepentant convicted terrorist get out of jail like this. We respect the independence of Greek justice, but once again the memory of victims of terrorism and the feelings of their families are cruelly violated.”
During the 48-hour furlough, Koufodinas will stay at his house in Varnavas, Attica and is obliged to report to the local police station twice a day.