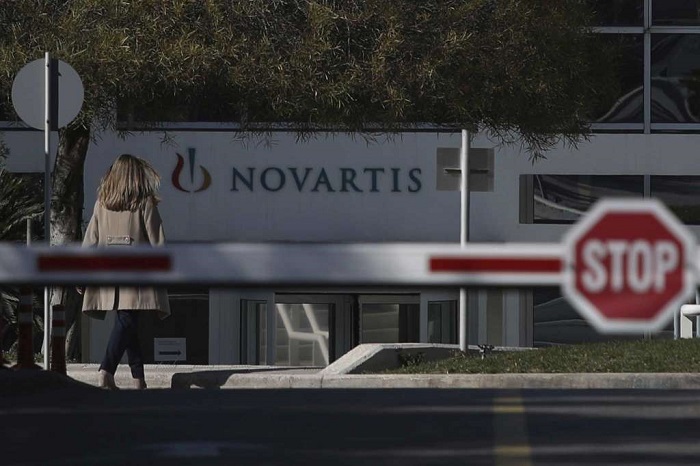 Athens will recommend a new parliamentary committee to investigate the Novartis scandal, a government spokesman has confirmed.
Dimitris Tzanakopoulos told reporters on Friday: “The committee’s only task will be to explore the charges and contribute to the discovery of the truth.”
The Novartis case, which has rocked the Greek political system this week, revolves around allegations that former top government officials — including two prime ministers — were receiving bribes from the Swiss pharmaceuticals giant.
“The presumption of innocence is, of course, inviolable on the part of the government, though this does not mean that we do not have a moral, political and legal obligation to do all we can in order to shed light on the case,” Tzanakopoulos said.
All politicians involved have denied the allegations contained in a file from the Supreme Court Prosecution Office that was tabled in parliament on Tuesday.
The opposition New Democracy (ND) party has accused the government of a gigantic stitch-up, based on testimony from unnamed individuals who gave evidence through a protected-witness scheme.
ND spokeswoman Maria Spyraki said on Friday that her party demanded ample light be shown on the Novartis case and accused the government of conspiring to sully the reputation of its political rivals.
Earlier, European Migration Commissioner Dimitris Avramopoulos who is also named in the file as having taken bribes, condemned the prosecutors’ report as a “conspiracy” and “slander”.