TechNews
GreekReporter.com Greece Bank of Greece Chief: They Try to Destroy Me

Bank of Greece Chief: They Try to Destroy Me 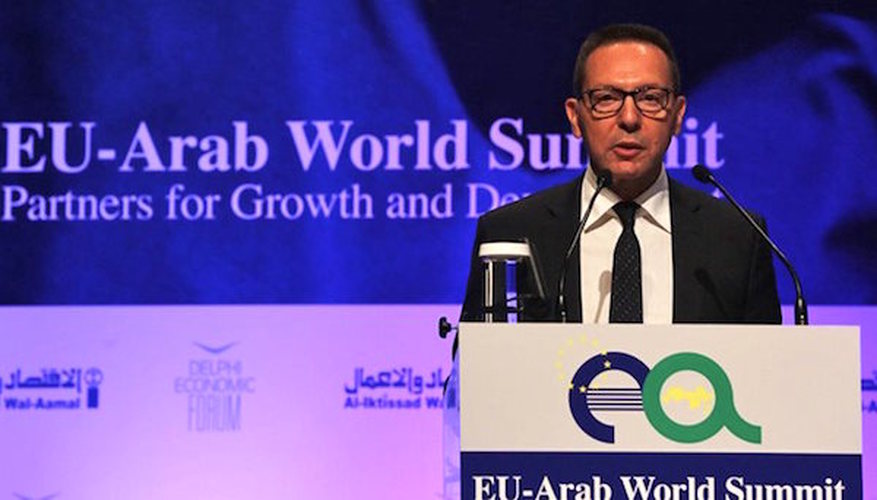 “They try to destroy me with obvious lies and anonymous witnesses,” said Bank of Greece Governor Yiannis Stournaras after allegations of his involvement in the Novartis scandal.
Stournaras said that there is an orchestrated effort to remove him from his post. He claims that the allegations that he was bribed by the Swiss pharmaceuticals giant when he was finance minister (2012-2014), is the latest ploy to destroy him.
The Bank of Greece chief issued a statement describing the attempt to engage him in a non-existent scandal and expressed the certainty that soon the accusations will collapse.
“The effort of some persons to involve me, personally and family, in the Novartis scandal, will fall into a vacuum… Their aim is my removal from the Bank of Greece administration. An attempt that is ongoing since 2014 after a meeting in Kypseli, as Yanis Varoufakis describes in his book with none of the parties involved denying it,” Stournaras wrote.
“These unprecedented accusations are obvious lies and inaccuracies, based solely on accounts without any proof of “anonymous protected witnesses”, who have undertaken the “dirty work” of those who are hiding behind the attempt to destroy me,” he continues.
“In my term in the finance ministry… pharmaceuticals expense decreased by 880 million euros (30.5 percent reduction) and even the average citizen understands how nonsensical these arguments are,” Stournaras wrote.
The Bank of Greece governor also referred to the fact that in 2016 his wife was investigated for tax fraud and all her files were confiscated. He said that act on part of the authorities was aiming to hurt him. “It is therefore surprising that where the tax and judicial authorities did not find any evidence of wrongdoing, now there is a hooded pseudo-witness who is known to the government and makes revelations,” Stournaras says.
“I categorically state that these loose accusations do not touch me!” he continues.
“I have already informed the European Central Bank administration about the lack of any evidence for the allegations against me,” Stournaras’ statement concludes.