By Tasos Kokkinidis
February 8, 2018
Facebook
Twitter
WhatsApp
Linkedin
Email
Members of the Rouvikonas anarchist group stormed the Athens offices of the Hellenic-American Union and the American-Hellenic Chamber of Commerce on Thursday calling for a “free Palestine”.
The two offices are in separate downtown areas of the Greek capital.
According to reports, more than 20 activists stormed the Hellenic-American Union at Kolonaki and threw flyers before spraying slogans on the main entrance of the building. 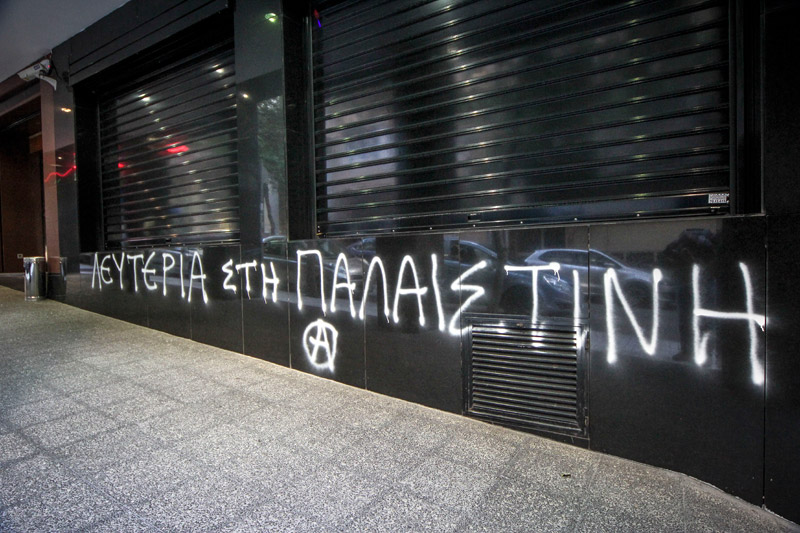 The same group then proceeded eastwards towards Mesogeion Anenue where they stormed the premises of the American-Hellenic Chamber of Commerce.
No arrests were made.