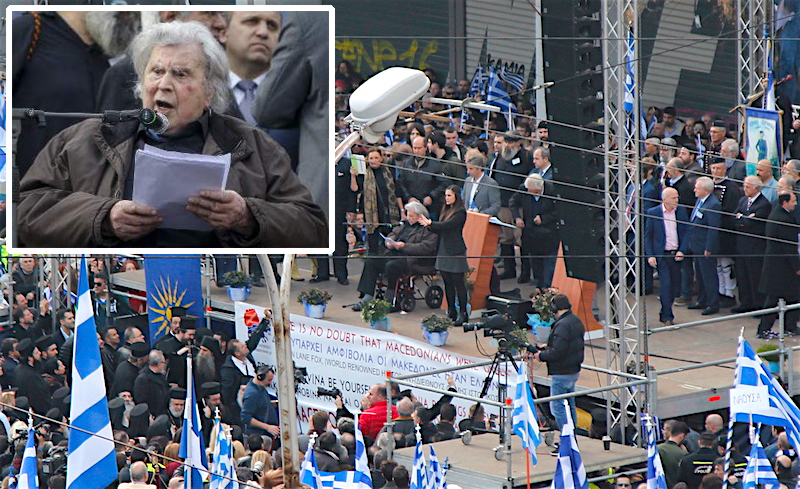 Greek composer Mikis Theodorakis made an emotional defense of the Greekness of Macedonia during a speech to hundreds of thousands of Greeks in Athens on Sunday.
“Macedonia is and will always be Greek,” he said to a huge applause by the crowd estimated by the police to be around 140,000. However, organizers claim that it reached 1.5 million. 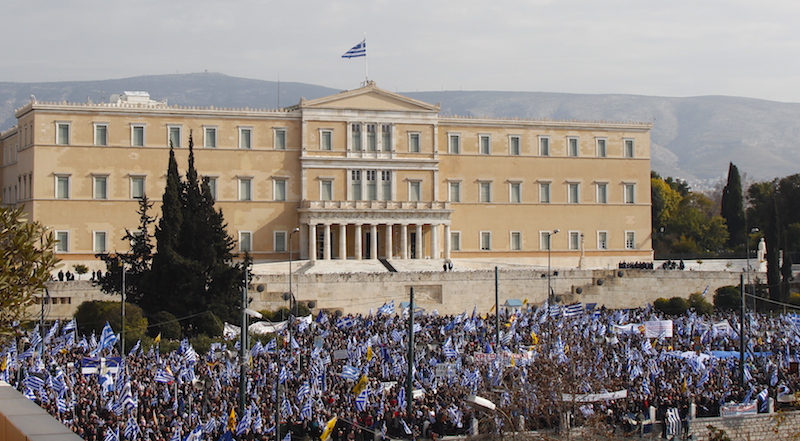 Greeks from all over the country descended on Syntagma Square to hear speakers denouncing the use of the term Macedonia by FYROM and the efforts of UN mediator Matthew Nimetz to strike a compromise deal.
Theodorakis called for a referendum on the issue.
“The position of the Greek people is firm and self-evident, but if a government is considering  to put its signature to a deal that includes the term Macedonia, then it must ask the Greek people.” 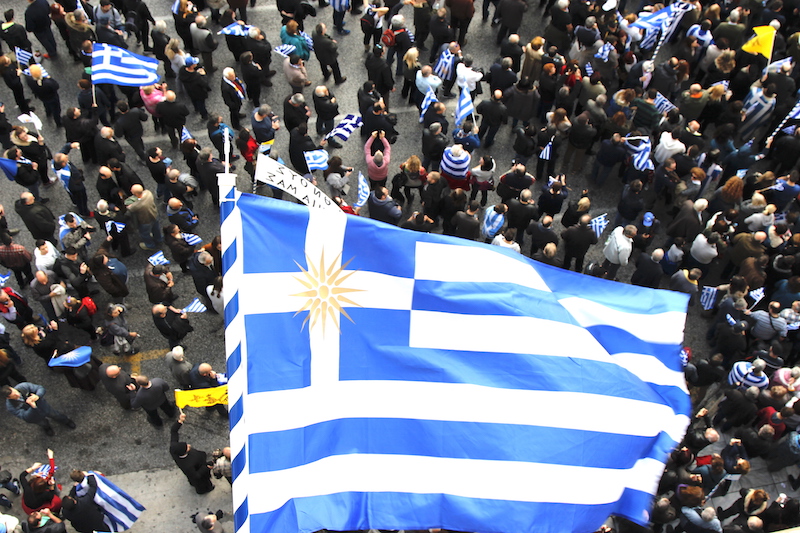 The world-renowned composer, now at 93, dismissed critics who claim that he has shed his left-wing views and espoused nationalism.
“It is not nationalism, but patriotism to defend the homeland and its people,” he stressed.
He added that the fact that most of the world recognizes FYROM as Macedonia should not be a concern.
“Ultimately it’s our own decision that will settle the issue.” 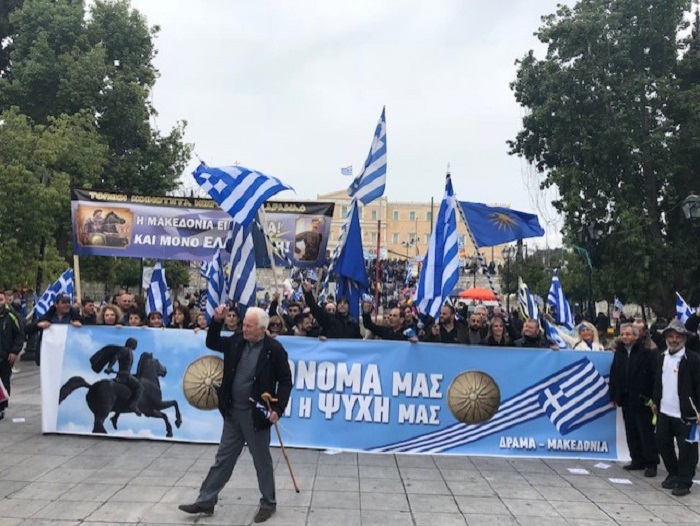 Theodorakis claimed that Macedonia, with foreign backing, seeks to expand its borders at Greece’s expense.
“Generations of Skopjans have been raised on this idea,” he said, using a common Greek term for the neighboring nation.
“They seek to join NATO and the EU with our own vote, so they can threaten us tomorrow from a position of strength.”