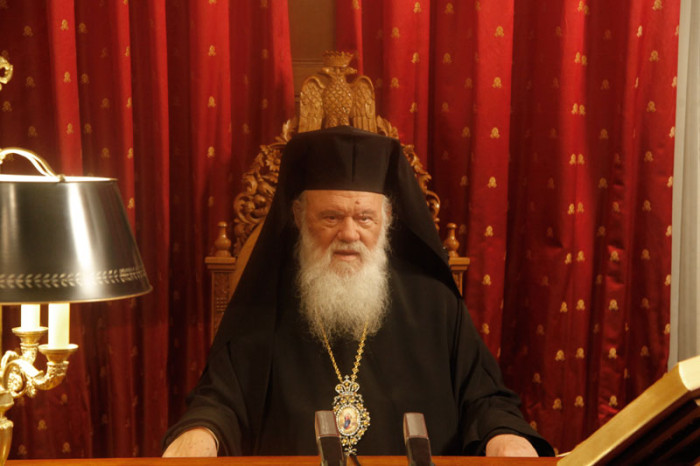 The Greek Orthodox Church does not often change its mind, but in the case of Sunday’s second rally over the use of ‘Macedonia’ in FYROM, it appears to have reconsidered its original position.
After a meeting with Prime Minister Alexis Tsipras ahead of the massive Thessaloniki rally earlier in January, Greek Archbishop Ieronymos had stated that although the church is against the use of Macedonia in a FYROM name, it would not endorse the street protest.
After pressure from the Greek faithful and the huge participation seen in Thessaloniki, plus days of deliberations in the Holy Synod, the Archbishop appeared on Tuesday to have officially endorsed the upcoming Athens rally.
He told organizers after meeting them on Tuesday that the Greek church would officially participate in the Athens rally, as long as it was peaceful and non-party affiliated.
The Syros metropolitan will be the church’s envoy to the rally. He will be reciting the recent decision of the Holy Synod against the use of ‘Macedonia’ in any FYROM name, with the metropolitans of Chios and Drama standing by his side.
Ieronymos explained to the rally organizers the clear Greek church position; that it will reject any Macedonia-related name for FYROM.
He also analyzed the religious parameters of the issue and reminded the organizers that the church supports the rights of Greek Macedonia in a democratic and lawful way.