Sting to Rock the Acropolis this Summer 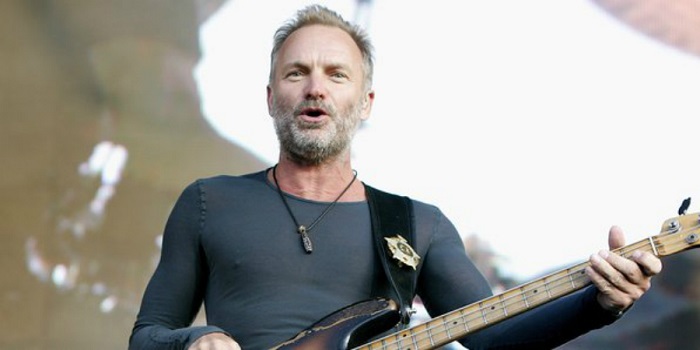 British rock star Sting will perform two concerts at the Odeon of Herodes Atticus in Athens on Friday 22 and Saturday 23 of June 2018 as part of the annual Athens and Epidaurus Festival.
Famous for legendary opera and ancient tragedy performances, the Odeon of Herodes Atticus is an ancient venue more than 1,800 years old and lies beneath the Acropolis rock. The stone theater is also famous for its wondrous acoustics, considering the time it was built.
So far, only a handful of rock artists have performed there, such as Jethro Tull, Eric Clapton, Solomon Burke, Elvis Costello and a few others. The Foo Fighters were the last rock band that performed in the ancient venue in the summer of 2017.
In the 62 years since its inception, Athens and Epidaurus Festival is the landmark cultural event of Greece, having hosted the biggest names in opera, dance, theater and music. From Maria Callas to Luciano Pavarotti and Margot Fonteyn to Rudolf Nureyev, along with the greatest Greek musicians such as Manos Hatzidakis and Mikis Theodorakis, some of the biggest artists have performed on the iconic Athens venue.

Sting, this year’s music special guest, was the founder of The Police with Stewart Copeland and Andy Summers in 1977. The band released five studio albums, earned six Grammy Awards and two Brits, and was inducted into The Rock and Roll Hall of Fame in 2003.
Since he became a solo artist, Sting has received an additional 10 Grammy Awards, two Brits, a Golden Globe, an Emmy, four Oscar nominations (including 2017’s nomination for “The Empty Chair” from JIM: THE JAMES FOLEY STORY), a TONY nomination, Billboard Magazine’s Century Award, and MusiCares 2004 Person of the Year. He is also a member of the Songwriters Hall of Fame, he has received the Kennedy Center Honors, The American Music Award of Merit and most recently, The Polar Music Prize.
Ticket pre-sale began Friday at 10 a.m. local time (0800GMT) through  www.tickethouse.gr.