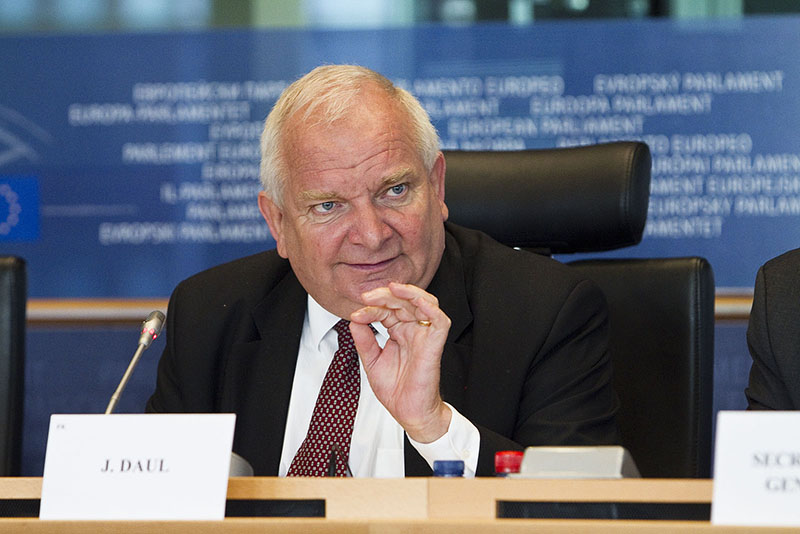 A split has emerged between Greek conservatives and their European partners over the ‘Macedonia’ name dispute.
In comments reported by the EurActiv news site, center-right European People’s Party (EPP) chief Joseph Daul hailed the “window of opportunity” available to resolve the long-running dispute, saying he hoped for concrete results.
However, Greek fellow conservative leader Kyriakos Mitsotakis has expressed his view that a solution to the name issue should be postponed.
The ongoing negotiations between the Greek and FYROM governments over the Balkan country’s name have caused political uproar in Greece.
Speaking to his lawmakers on Wednesday, New Democracy leader Mitsotakis said a solution should be sought another time.
“We will not take part in any way in the dangerous games that the government is going to play, nor do we get involved in tactics,” he said. “We will not become accomplices in a story that risks injuring the soul of the nation,” Mitsotakis also warned.
The debate over the negotiations taking place in Davos has also caused a rift within Greek conservatives, with New Democracy split between moderates and ultra conservatives over whether the name ‘Macedonia’ should be a part of a future FYROM name.
After Mitsotakis’ comments on Wednesday, Greece’s ruling SYRIZA party, which favors a compromise use of ‘Macedonia’, accused the conservative leader of a “slide towards the extreme-right”.