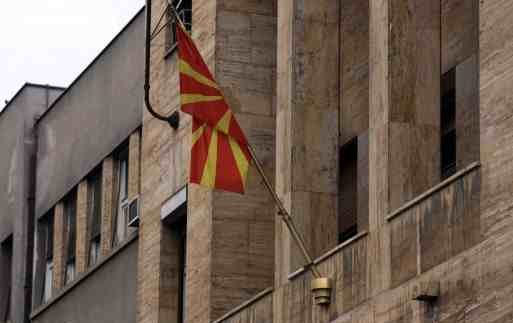 The debate about the future name of the Former Yugoslav Republic of Macedonia (FYROM) and its political implications has left the even-more-critical issue of the neighboring country’s constitution irredentist claims in the shadows.
While Greek politicians are bickering about the ongoing negotiations concerning FYROM’s name, it is its constitutional irredentism that could prove a major diplomatic issue in the resolution of the name dispute with Greece.
In spite of its 2011 review, the FYROM constitution still contains a few irredentist references towards Greek Macedonia. In its preamble, it references the resolutions of the “Antifascist Congress of the People’s Liberation of Macedonia”, known as ANSOM.
ANSOM, convened right after the end of WWII in the ‘Macedonian Yugoslav Republic’, aimed at the “unification of the geographical Macedonian area” presenting Macedonian territories in their neighboring states as “occupied territories”.
Article 3 of the FYROM constitution has had an amendment from 1991 according to which the country “has no territorial claims against neighboring countries”.
Nevertheless, it states that the country’s borders could change in accordance with “the principle of free will and in agreement with internationally accepted rules”.
Article 4 states the country’s nationality as “Macedonian”, but Article 49 is the one many Greek constitutional experts consider as the most irredentist.
It states: “The republic is interested in the regime and the rights of all persons belonging to the Macedonian people in neighboring countries, as well as Macedonian expats, by assisting in their cultural development and and promoting bonds between them.”
Softening the blow, though, an addendum in the latest constitutional review states that “in exercising this care the Republic will not intervene in other states’ sovereign rights, or internal affairs”.
Although these articles describe the need for a constitutional review in order for a resolution between Greece and FYROM, the process with which such a review can occur makes it rather difficult under the current political circumstances.
Article 130 of the FYROM constitution states that in order for a review of the country’s constitution to go to parliament, there are three options. The first is by the proposal of the country’s president, who at the moment is a hardliner insisting on the current ‘Macedonia’ name.
The second is by a government motion signed by 30 lawmakers and the third is by gathering 150,000 signatures for the review. Given the current political state and the nationalistic mood in FYROM, both these options appear quite difficult to realize.
Finally, if the review motion comes to the parliament floor, Article 131 states that a two- thirds majority is required for it to pass. That means 80 out of a total 120 FYROM lawmakers have to vote for it, which appears literally impossible under the circumstances.

The Griffin Warrior: A Staggering Discovery from Ancient Greece