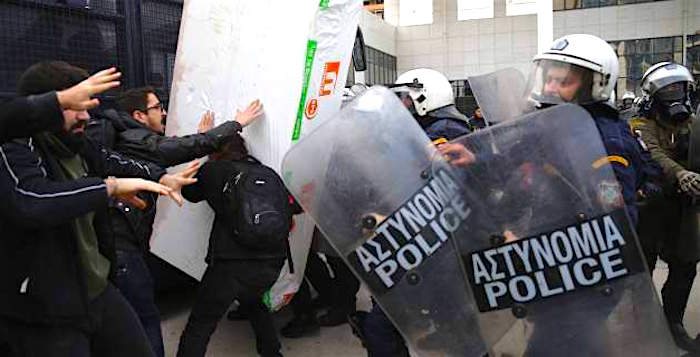 Greek police on Tuesday said they will not be used to enforce controversial auctions or foreclosures.
In a statement, the Pan-Hellenic Federation of Police Officers (PFP) said, its members, although committed to upholding the law, were opposed to the “dangerous use of police forces to implement an anti-grassroots policy that does not affect only property owners who are unable to fulfill their loan obligations and are in danger of losing their homes, but has direct negative side-effects on the whole operation and effectiveness of the Greek police.”
The PFP claims officers being taken away from their usual duties to protect notaries will endanger public safety, as well as drive a wedge between law-enforcement professionals and wider society.
Such auctions in the past have resulted in disorder, with activists clashing with police. In November 2017, scuffles broke out during an auction in Athens.


The protests accompanied the first day of online auctions to sell off citizens’ houses, following years of financial instability for Greece.
These foreclosure auctions are a key condition of the country’s international bailout, but have been repeatedly disrupted by leftist activists who say they are unfair and target the poor.