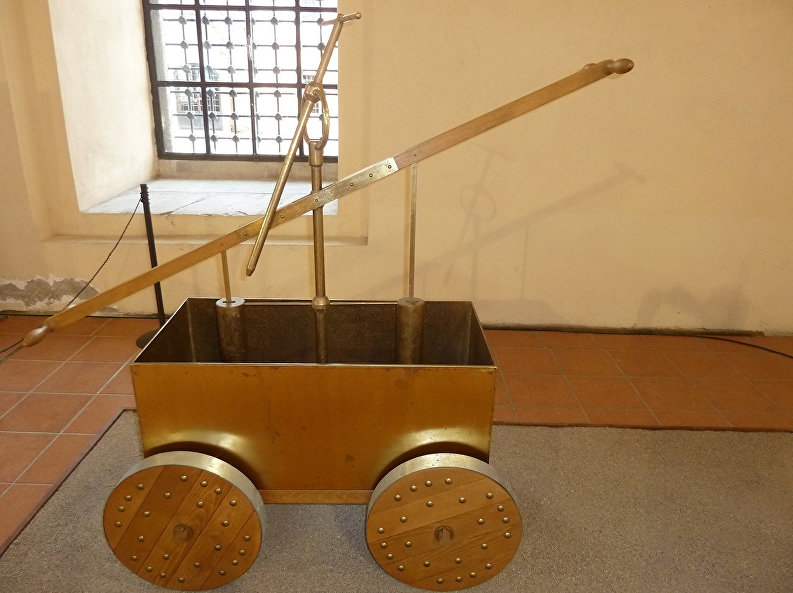 Achievements of ancient Greek technology can now be seen and admired in Athens at the “Museum of Ancient Greek Technology, Kostas Kotsanas”, which opened its doors recently.
The museum is a labor of love of Kostas Kotsanas; an engineer from Patras who for more than three decades has studied and reproduced the impressive constructions of the ancient Greek mechanics of classical and Hellenistic period.
The works cover a wide range of mechanisms and instruments, from automations and time recording, to mapping, astronomy and encryption.
The exhibits used to be displayed at the first location of the museum in Katakolo, Peloponnese. Now they are housed in an exquisite, renovated  three-story art nouveau building in Kolonaki, central Athens.
The building alone has a long history as being property of the family of Aspasia Manos; wife of King Alexander I, and among others, hosted the Athenian News Agency for years.
The exhibition area is about ​​700 square meters, housing the permanent exhibition “The High-Tech Inventions of the Ancient Greeks”, which includes more than 100 exhibits – copies of ancient Greek machines and other inventions, all functional and most of them interactive.
The exhibits have travelled to Greece, Europe, the United States, Asia and Australia.
Kotsanas; the mastermind of the museum, has written six books on ancient Greek technology.
He has also created the Museum of Ancient Greek Musical Instruments and Toys in Katakolo and the Archimedes Museum in Olympia, all with free admission.

The first steam machine in human history
Among the many exhibits at the museum is the wind sphere of Heron (mankind’s first locomotive steam machine), the astrolabe of Ptolemy, the “automatic vendor” of Heron (an automatic vase with a coin-box, where the devotees threw their oval to receive baptism) the first sonar warning mechanism in history, the first autonomous flying machine, the first automatic man-made waitress (a kind of robot) by Philon the Byzantine, Heron’s puppet vehicle, the hydraulic clock of Ctesivius, and of course, a copy of the Antikythera mechanism, the putative first computer of mankind.
Visitors can also see the separate exhibition of ancient Greek musical instruments, the collection comprised of 42 reconstructed operative instruments, such as Pythagoras’ helikon, Hermes’ lyre, the guitar and others.
Apart from the two permanent exhibitions, the museum will present periodical exhibitions on ancient Greek technology, including the works of Archimedes, ancient Greek games, ancient shipbuilding, ancient Greek siege engines, astronomy, etc.
Furthermore, educational programs and workshops for children and adults will be organized in the museum areas on robotics, mathematics, natural sciences, etc.
Visitors will also be able to buy handmade models, replicas of the exhibits, including an exact copy of the Antikythera Mechanism, the Parmenion Portable Solar Watch, the Hipparchos’ tetrantas, ancient Greek ships, toys, musical instruments, and other objects. 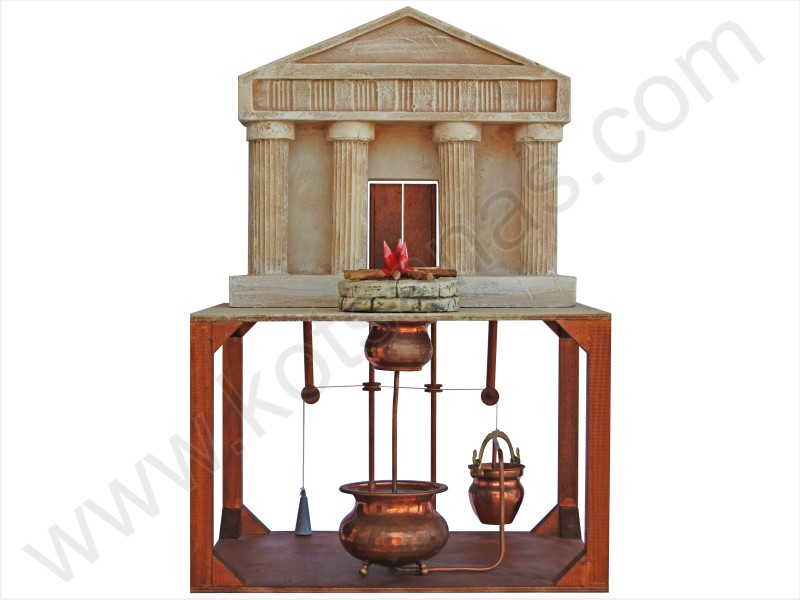