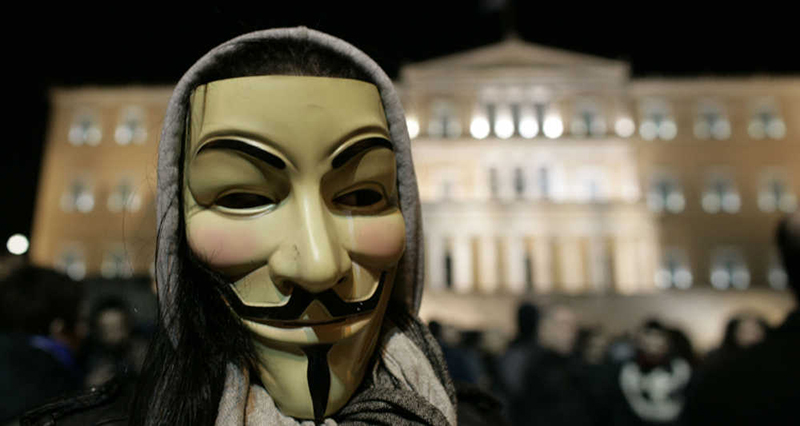 The Greek chapter of the Anonymous hacker collective has claimed to have infiltrated state broadcaster ERT, but the channel has denied there was any attack at all.
The bizarre incident allegedly occurred on Monday night when, according to Anonymous Greece, ERT’s databases were hacked in response to the state broadcaster’s decision not to cover Sunday’s Thessaloniki ‘Macedonia’ rally live.
Sixteen ERT databases containing 60 gigabytes’ worth of data were attacked, the group claimed. They even posted a screengrab of the ERT webpage during the alleged hack on their own Facebook page. 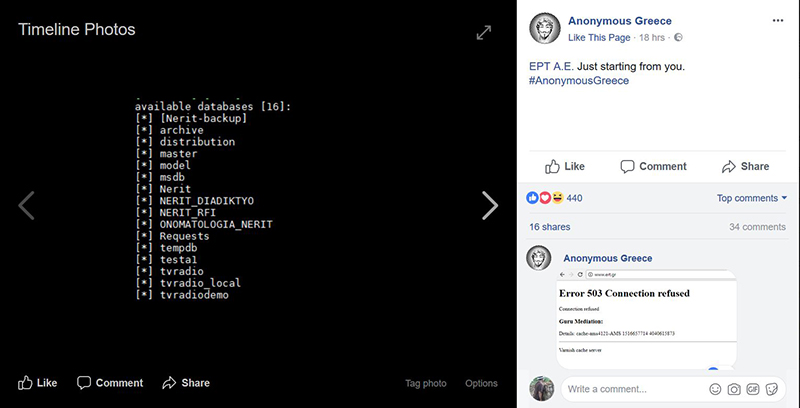 The hacking collective said that by refusing to cover the rally against the use of Macedonia in FYROM’s name in the northern Greek city, ERT “cheated the people who supported it a few years ago”.
This was a reference to the crowds of Greek citizens who flocked the ERT building in Aghia Paraskevi in the summer of 2013, when the conservative government of the time decided to pull the plug on the public broadcaster.
A few hours after Monday’s alleged hack was reported, ERT’s IT head, Nikos Michalitsis, denied the incident, according to a report by LiFO free press; “We have seen no hack in our databases in the last few days,” he was quoted as saying.
According to Michalitsis, the only hacking incident reported by his technicians in the past month was 20 days ago, when a group took control of ERT’s New Media webpage. Even then, there was no database hack, he added.
Anonymous Greece have claimed various hacks in the past, including one of classified Bank of Greece documents in September 2017, plus home foreclosure e-auctions as well as Turkish state webpages.