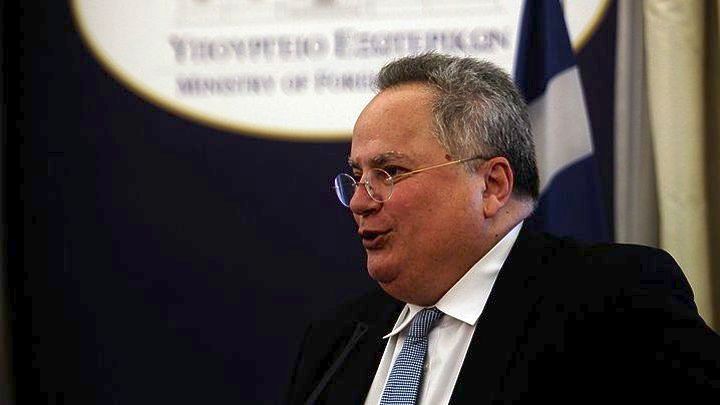 Reflecting the government’s position on Sunday’s massive Thessaloniki rally over the use of Macedonia in FYROM’s name, Foreign minister Nikos Kotzias said it shows the anguish of many Greeks on the issue, but it will not play any part in the ongoing negotiations.
“Greeks’ participation in the rally was an expression of the democratic spirit of the people who wrongly identify the course of the FYROM negotiations with the future of Macedonia in Greece,” Kotzias said in Brussels, where he is attending the EU foreign ministers conference.
The minister added that he does not believe the massive rally will be playing any part in either the ongoing negotiations, or any other constitutional issues with the neighbouring country.
Kotzias confirmed that he will be present in the next stage of the negotiations taking place in Davos, Switzerland, and added that there is no definitive timetable for the talks. He denied all rumors of interference and pressure presumably applied on the Greek side by the EU and the US.
Finally, he reaffirmed the government’s position that the FYROM name dispute will be resolved taking into account the Balkan region’s security and stability.